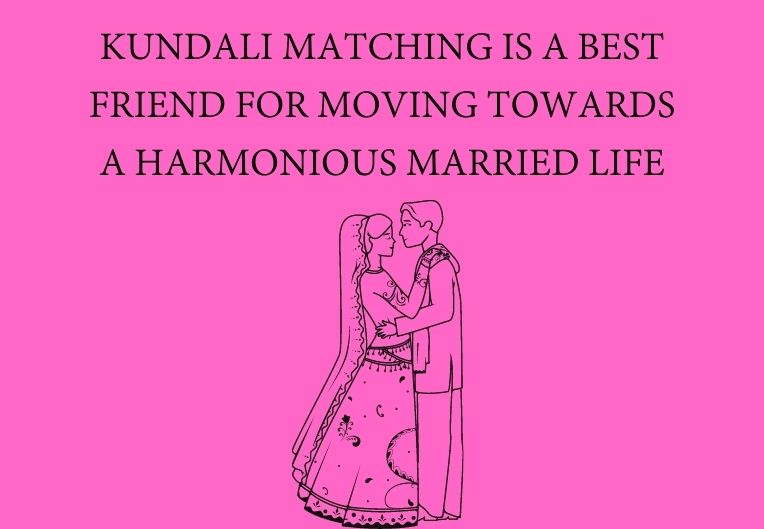 Kundali matching is one of those steps in the progression of marriage when the two individuals decide to move towards to bond something pure and beautiful in between them. It is nothing new or modern because this is been a custom or a ritual from the period of time when the saints and the hermits made an advent to decide the relationship or the companionship between the man and the woman, depending upon the stars, planets or the other celestial bodies that they were born under.

There are few significant areas that the Kundali matching focuses on to bestow a happy future with a beautiful soulmate union.

It is a much known fact that Kundalis are matched to understand how compatible two different individuals are, with one another. In the astrological world, there are 36 points that brings up the best relationship between couples. If the 36 points match along with all the 36 traits, they are almost remarked as a soulmate union, twin flame or destined partners. If the compatibility is below 18, it is not found to be compatible between both of them. As such compatibilities lead to disappointment or heartbreaks. Each of the gunns hold a special segment in understanding values, relationship, luck and destiny between the bond that the couple shares.

CAREER AND STABILITY ON FINANCE

When the couple form a union that forms the sacred in their relationship, it not only affects their love front but also the perspective that is interrelated to their career and financial stability. It do not affect one individual but both of them are affected as the stars, planets and the other heavenly bodies get attached to one another. The 7th koota, also known as the Bhakoot koota takes care of that. With the matching of kundalis, the job and stability are also brought to the limelight.

PROGENY AND HEALTH ALONG WITH THE LIFESTYLE

The crucial and the sensitive point that arises after the few years of marriage is when a little angel will come to the family and thus, progeny is one of the most important topic to be kept under consideration while planning for a marriage or starting a family together. It also relates to the health and the happiness of the child who is born under the couple. Nadi koota deals with all of these situations. There is a sense of completeness when a child comes to the family and that secures the bond of the marriage from both the mental and the spiritual perspective if the couple is literally meant for each other.

THE COMPATIBILITY BASED ON THE MENTAL THOUGHT PROCESS

Kundali matching helps in understanding the mind-set of what the partners are thinking or going through, together. If the mind do not match, everything tends to fall apart, some way or the other. Through the matching, the temper, behaviour, understanding and well-being are connected and processed to evaluate where the couple stands on the basis of what they want to achieve together. The match forms a healthy relationship between both without any fuss. Just like physical attraction is a must, the mental match makes the relationship feel like a cherry on the top.

DOSHA ARE EVALUATED AND OVERCOME

Each individual’s birth decides their future and the course of time that is going to turn out for their future. The position of the planets or the stars during the time of the birth of the baby can result in the creation of few doshas that affects the life of the individuals. Doshas like Manglik, Shani or Nadi holds the capability to give birth to different problems and obstacles if not taken care of. With the hold of kundali matching in the individual’s life, such doshas can be detected and after the detection, prior rituals or poojas need to be carried out or else there are chances of disheartening situations that will take place in the couple’s life after marriage as it effects the spouse or the partner as well.

Kundali matching is a strong notion or ritual that holds the power to scrutinize and analyse the pros and cons of the marriage and the needful to make it successful. That is why, in every prospects, Kundali matching helps in dealing with the circumstances that might have been harmful for the couple but with the help of pre-calculations, the remedies have been put like an ointment as well.