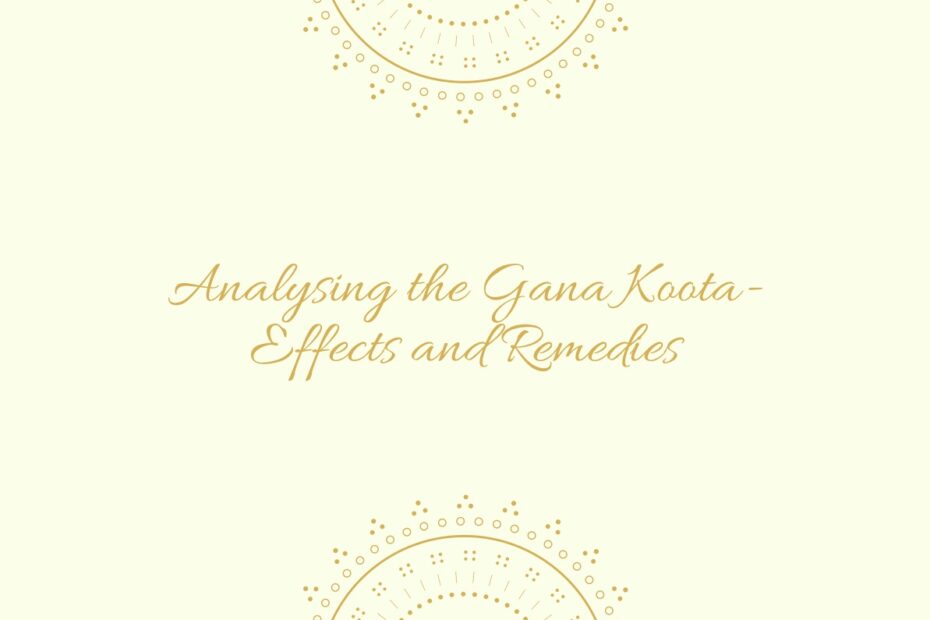 In the Hindu community, the ceremony of marriage is considered to be sacred and holy. Most
individuals lavishly celebrate this ceremony and ensure that every minute details are perfect.
However, the most important part of a marriage ceremony is the presence of the right bride or
groom. Most people tend to get stuck in this sector. Money may be successful in arranging the
most exotic destinations for the most fantastic wedding, but it fails to buy the future of the couple
who are to be tied in wedlock. It is then that one turns to their elders for advice.
From ancient times the method of kundali matching has been given a lot of importance when it
comes to choosing the prospective partner for marriage. In this method, the birth charts or the
Janam Kundli of each individual is studied and then checked to see the levels of compatibility
in the marriage. In Kundali matching, a very prominent method that is followed in North India is
the Ashtakoota method of matching. In this process, the birth charts are studied to match 8
different kootas revolvings around the personality, health, wealth, outlook, progeny, and other
important aspects of the future. The 8 different kootas are Varna, Vashya, Yoni, Tara, Graha
Maitri, Gana, Bhakoot, and Nadi. In today’s article, we will explore the Gana Koota and its ill
effects and remedies.

In the Ashthakoota method, the Gana koota carries a total of 6 points out of the final 36 point
score. If the Gana is matched between two couples, they are awarded a complete score of 6. In
the 27 Nakshatras that are present according to the moon’s position, a total of 3 groups can be
made for the Gana to be segregated. These three types of Gana are Rakshasa Gana, Devata, and
Manushya. If the two individuals possess the same Gana factors then the marriage is said to be
the best match. If the Manushya Gana of one person is matched with the Dev Gana of another,
the marriage is considered average but can be carried out. However, if there is any sort of
imbalance in this factor, the effect of the Gana dosha then comes into play and the score is
decreased to a maximum of 0. The Gana Koota factor is crucial as it determines whether love
and affection are present in a marriage. It is also associated with the temperamental factor in
humans.

If one person possesses the Dev Gana and the other half possess Rakshasa Gana, it is considered
to be a very inauspicious match. They are considered to have fights and disturbances and
conflicts of interest throughout due to this. This is because, in Indian mythology, the Devtas
always fought with the Rakshasas and peace never prevailed between them. Studies indicate that
married couples possessing these conflicting ganas have reported the presence of bad or below
average marriages.
Another match that is considered to be a bad omen is the coupling of Rakshasa and Manushya.
Just like the stories, Rakshasas are believed to kill and eat the Manushyas or humans. It is
considered that such a match will have a similar effect on the marriage of two people possessing
these two Ganas. Some cases result in death and others end up in terrible conflicts and miserable
failures.

Thus, this factor must be taken into consideration before marriage to lead a successful, healthy
and happy married life.

If the Rashi’s or the Navmansh lords associated with the birth chart of the bride and groom are in
harmony with each other, the effect of the Gana Dosha is considered to be nullified. If the
bhakoot koota of the couple have a strong bond, that too may be successful in destroying this
maleficent between the couple. In case the Nadi Dosha is absent in the kundli of both the couples
and the Rashi’s have a strong bond with each other, the Gana Dosha can be canceled out. This is
stated in the Peeyushdhara seton of astrology. There are also certain mantras available which
when chanted religiously and with a focused and clear mind, can result in the canceling of the
Gana Dosha’s effects.