Astrological reasons for failure in marriages 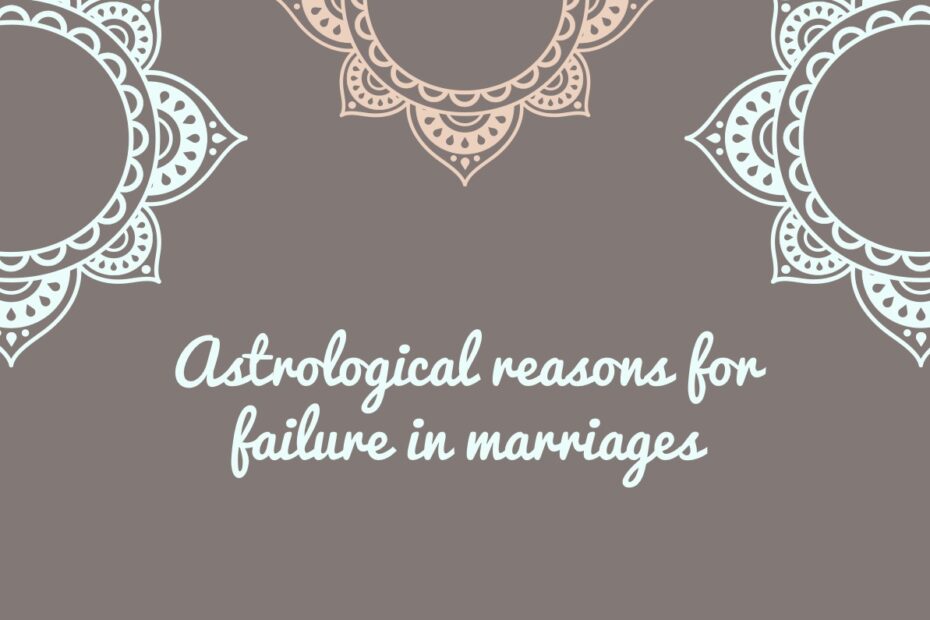 Today we all observe marriages failing. There are so many heartbreaks and pains among people. Due
to some reason, it has become so difficult to develop a long-lasting relationship. Being in a good and
healthy relationship becomes so difficult nowadays.
There are many reasons why marriages or relationships can fail. Many factors rule marriages like
love and affection, trust, acceptance, etc. these things are important and they build the relationship
between two people. Partners should have love and affection. There should be trust and acceptance
as well.
But sometimes, there are astrological reasons as well because of which marriages fail. Kundali
matching is the ritual which decides the compatibility between two people. Hence, when astrology is
determining the marriage then it can also determine the failure of marriages.

What are the astrological reasons behind the failure of marriages?