EXAMINING THE PLANETS: SATURN AND MERCURY 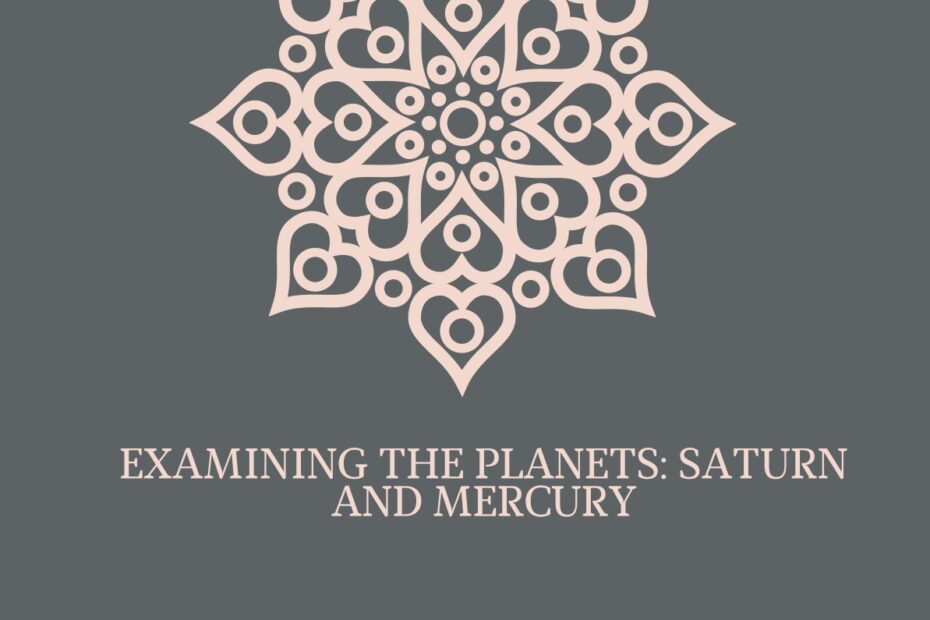 Living in a country like India we ought to prefer traditions and customs more than anything
and getting married to the person of our choice is also full of customs in our country.
Binding two natives together not known to each other or even known to each other can
only enter into wedlock by following the procedures of kundali matching and Vedic
astrology. According to what are elderly follow we need to consult an astrologer at every
point in our lives so as to detect any issues in our life or especially to determine the
compatibilities of the two natives about to enter into wedlock. So, in order to get married
especially in India, you’ll have to get yourself ready to be a part of a big fat series of
traditions and customs so as to live a long and happily ever afterlife with your perfect one.

Now, speaking of traditions and kundali matching, this is not it, if you’re following the entire
procedure of matching kundalis and getting married the astrological way then let me tell
you that, we move step by step. The first and foremost step in this entire procedure is the
ashthakoota method which involves eight kootas to be matched in order to check the
compatibilities, emotional, mental, and physical. Then this is followed by checking out for
any doshas in the birth charts of the groom and the bride, followed by the positioning of
houses and planets in one’s birth chart. The positioning and the effects of all the nine
planets on the birth chart of the native is extremely important to determine. And speaking
of planets, so let us throw some light on what role does Saturn and Mercury play in
astrology.

Well, this son of Lord Surya is that of a stable and slow kind of pace, and as per our
customs and terminology, it is also known as Shani. Saturn is one of the biggest planets
and the literal meaning of its name also suggests that it moves slow and steady, and it
takes about two and a half years to cross a single zodiac. Moreover, Saturn is a huge,
The HUGE planet is placed far away from the earth and probably that is the reason that it
completes its turn at a slow and steady pace. Astrologically speaking this planet usually
has a malefic effect on our birth charts and it portrays the oldies and our elderly. Moreover,
this planet has a deep impact on our lives in terms of all the ill effects like poverty,
accidents, misery, and every other possible hurdle in life.

This planet is related to age and longevity and it gives long life only if placed in favorable
conditions. Saturn sure has plenty of malefic effects on one’s kundali but when this planet
is placed in favorable conditions then it might give you a lot of fame and wealth in life. This
planet can be seen more like a teacher and justice provider as it punishes the bad deeds
and rewards the ones with good intentions. And as for the justice part. This planet is all
about behaving like a judge depending upon the deeds of that particular native. Since this
planet is inauspicious it has the ability to leave a lifelong mark in the form of a disease.

This planet is ruled by Lord Vishnu and it basically controls the person’s voice and it
reflects a composed and calm nature of a particular person. A person with strong mercury
in their kundalis is quite good strategists and they usually have a calm and soothing
nature with a well-mannered attitude. Mercury is associated with intelligence, friends,
business, profession, studies, and a lot more important other factors. People with a strong
Mercury in life is usually considered to have a vocal attitude and they also have the
capacity to influence different people in life. And as these people are vocal and have the
talent to influence others they can be lawyers, advisors, journalists and other vocalized
fields that can be preferable for these people. Such people use this talent if theirs to excel
in life.