UNDERSTANDING MANGLIK DOSHA AND ITS REMEDIES 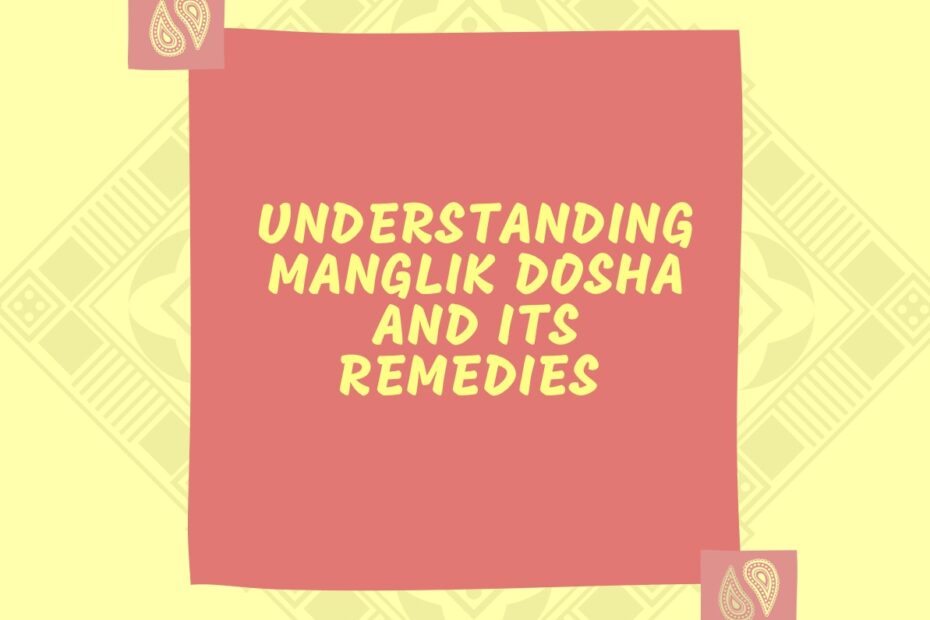 To understand Manglik dosha and how it occurs, we need to know a few basic
concepts. Kundali matching is the matching of the janam kundalis (birth charts that
are drawn with the help of the personal details given by the individuals to the
astrologer) of the individuals which help the astrologer in knowing how compatible
are the individuals in marriage and whether their marriage will be able to last
throughout the trial’s life has for them. More so, while the astrologer matches the
kundalis of the individuals, the astrologer also checks for doshas. Now doshas are
extremely important to find because they can destroy a couple’s life and the
families involved.

Coming to manglik dosha and what is it about?

Manglik dosha occurs when the planet Mars is positioned either in the first house,
the second house, the fourth house, the seventh house, the eighth house or in the
twelfth house of the kundalis of the individuals. A person who is born under the
manglik dosha is called a manglik or even born under the influence of the mangal.
Mangal is better known as the planet Mars and is also the most aggressive planet
because not only is it the fieriest planet but it also acts as a warrior. Mangliks are
known to be stubborn, determined, aggressive, argumentative, impatient, short-tempered, and have high passions and desires.
While the aggression can be used into much more positive channels and can be
even used to harvest positive qualities out of the individuals. While mangliks are
known to be aggressive, the lesser-known and positive qualities are that they have
the ability to be intensely focused on whatever task they have at hand and to work
extremely hard, almost harder than the rest. The reason why people avoid getting
married to mangliks is that they are argumentative, they have zero patience and no
control over their temper.

How does Manglik dosha affect the couple?

Manglik dosha is known to cause a lot of fights and competition among people,
and the manglik is known to be a competitive person who gets excited very quickly
and for the smallest things. But this may not be perceived well by people and cause
a lot of fights. Manglik dosha causes a lot of aggression and tension to occur in a
relationship and this could result in fights which could escalate and lead to a
separation among individuals, and later on divorce. A lot of people cannot deal
with this kind of aggression and competitiveness on a daily or even a regular basis and often even find it tiring. If the intensity of the manglik dosha is high, then this
will definitely affect the marital life of the individual and cause unhappiness in
their life. If two mangliks get married and share their life together, the effect of
manglik dosha gets nullified.

The remedies of Manglik dosha.

Fast every Tuesday and remember to visit the Hanuman Temple on the same day
as well. Not only that, people who are mangliks are advised to wear coral gem that
is embedded in a silver ring should reduce the dosha as well as channelize the
energy positively. The individual should also chant mantra, more specifically the
Gayantri mantra or even the navagraha mantra. Another rememdy is to ensure that
the individual is married to a peepal or banyan tree first in order to reduce or
remove the manglik dosha. The manglik should also wear silver jewellery more
specifically, a silver bracelet on the left hand. This is done in order to reduce the
impact of the dosha and help the individual be able to remain calmer and more
peaceful, and have more patience.