Forecasting the Yogas in Kundali Matching! 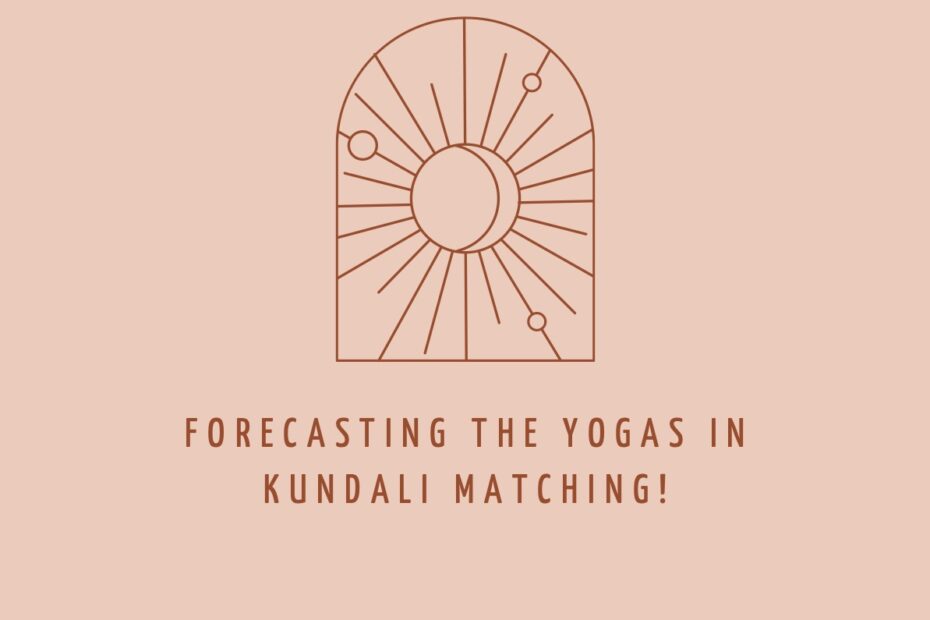 While discussing the tedious process of Kundali Matching, there is enough information on which
omen is hazardous and poses threat to a person. However, there is not much discussion or
information around the Yogas or Omens that are beneficial to a person.

It has been a long belief that the positions of the moon are the most credited for the good things
that come through one’s life. Pondering upon the omens that are brought up by it, the first one
tells about kingship. What is the ideal thought when one imagines the life of a king? It is
generally filled with comfort, happiness, luxury, and power. Similarly, the Raja Yoga that is
caught in the process of Kundali Matching makes a person’s marriage, profession, education,
health, money, and other prospects all like a king. Such a person could be swamping in worries
in one moment, and the next he is miraculously out of it. They don’t need to suffer or work a lot
for achieving something. They may be god’s children who always have things their way. The
birth chart of such a person is very hard to decipher. Thus, during the process of Kundali
Matching, an astrologer is ought to miss it. It is so read in a fashion that the connection of the
ruling planet is made with the god that is the ruler of the birth chart and every planetary position
is noted so that they can conclude if the omens are good as much as they should be or just
fortunate enough for the time being.

The most exciting fact about this kingship omen is that no special planet s responsible for its
occurrence. Being a rare omen, it is formed when every positive element is exalted and the
planetary positions are centered in the main house during the birth of the child. As stated in the
beginning, Kundali Matching uncovers that the role of the Moon along with the Venus planet is
the most crucial to the making of such a birth chart.

The omen of good professional life:

There is an omen known as keshari, which when present in the horoscope of a person, makes
him/ her highly successful in whichever profession they make their place in. They are blessed
with skills and omens that don’t let them fail their goals and make them highly demanded in the
real world. Such individuals are very blessed and go on to prosper to their end. The ruling planet
of the omen is found to be Jupiter during Kundali Matching, which makes it even more exalted
and practical. These people are known to be soft-spoken and good at heart. Some astrologers
believe that just because these people are very skilled at handling their fellows and juniors and
have been blessed with a convincing tongue, they go on to perform extraordinarily in their field
of work. Others believe otherwise and mention their primed, rational, and munificent are just a
style of living.

The omen of comfort in Kundali Matching:

There is another omen in the birth chart of only a few people over the world that blesses them
with the comforts of the royal. It is as twisted as it says that the ones having it will have every
material pursuit they have ever wished for and every available comfort. They will be living off
the lives of Millionaires and billionaires without even have to work for it. It is just the chance of
the presence of the planet Venus that makes for just a life away from hardships. Many will
assume that these people will so also be disrespectful and cause problems to anyone who decides
to appear in front of them seeking help. However, the truth is just the opposite. The said omen is
also known to make a person more grounded and thankful, and he/ she will always be present for
the betterment of the word in times of need. They are known to be giving and not even an ounce
of selfishness exists in their hearts. They are also blessed with a passion for beauty and take
up to form collections.