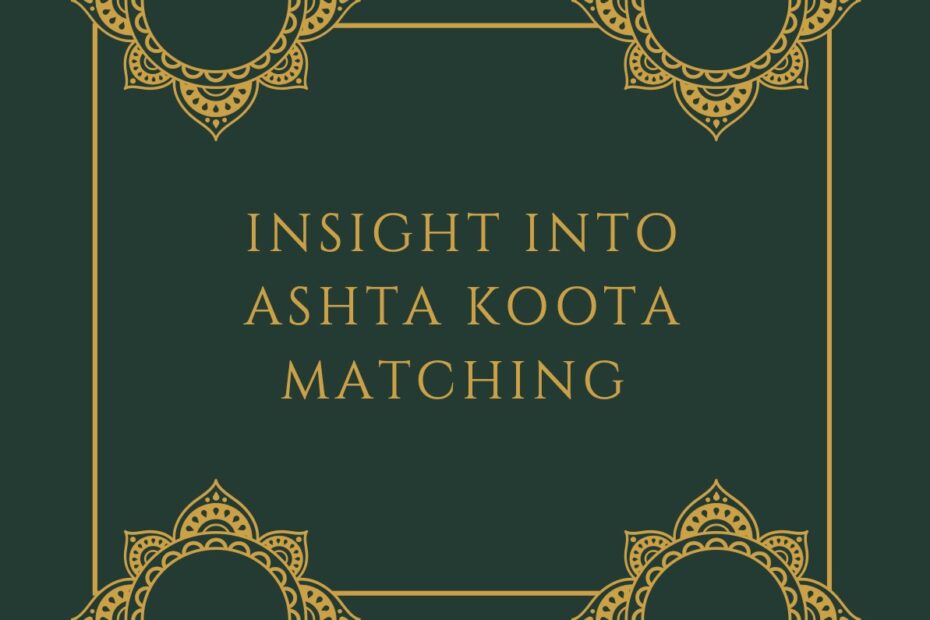 In Hindu marriages, it is a tradition to match kundalis of both bride and groom before
marriage to ensure that they both are right for each other. In each kundali there are 8
categories which are known as kootas or koots. Koota and koots are further divided into
36 ganas or guns which determine the compatibility of the couple.

These ganas or gunas determine everything and every aspect of their marriage. These
ganas or guns cover love, career, physical life, and overall future. Under the Vedic
astrology system, this process of matching is known as ashta koota matching. It is said
that the number of ganas or guns should be high, higher the number and higher the
compatibility.

According to this system if the match is less than 18, then the couple is not advised to
get married as it won’t be a happy marriage and might get toxic in the future. When the
match is between 18-24 the marriage is considered passable, this marriage is
considered ordinary which means that it won’t get the couple but it won’t be
extraordinary either. It will just be a normal marriage between the bride and groom.

If the match is between 25- 32 then it will be a very fruitful marriage and the marriage
will be a great one. The couple will likely be very happy and will make each other smile
every step of the way. However if the match is higher than 33, it is a home run.

It is a match if souls and the couple are considered soulmates. The marriage will
definitely be the best in this case and they are a perfect match. But this match is very
rare and this is celebrated as everyone knows that it will be the best marriage. Here are
some aspects of ashta koota milan

SOME ASPECTS OF ASHTA KOOTA MILAN

This category is known as varna or jatis. It is based on the ego or attitude of the person.
The egos and the attitude of the individuals should match up, it is necessary for a happy
marriage. The ego match is divided into four Varnas or Jatis like a brahmana, Kshatriya,
Vaishy, and Shudra. According to the varna system, the soon-to-be husband’s varna
must be higher than the soon-to-be wife. It is not necessary for the varna to be a lot higher, the varna should be at least one point higher than the bride. It is believed that it
is necessary for a happy marriage.

Yoni determines the sexual compatibility between the bride and the groom as it is an
important part of the marriage. Yoni koot is classified into 14 classifications which
include Horse, elephant, sheep, snake, dog, cat, rat, cow, buffalo, tiger, hare, monkey,
lion, mongoose. In this system of matching, if the husband and wife belong in the same
category the score between the two is 4. Similar to vashya, if they belong in the
opposite category then the score is zero. The categories are divided into animals,
friendly animals get 3 points while neutral animals get 2 points. In this system, the non-
friendly get only 1 point.