Get the Kundali Milan by Name Report to remove your skepticism 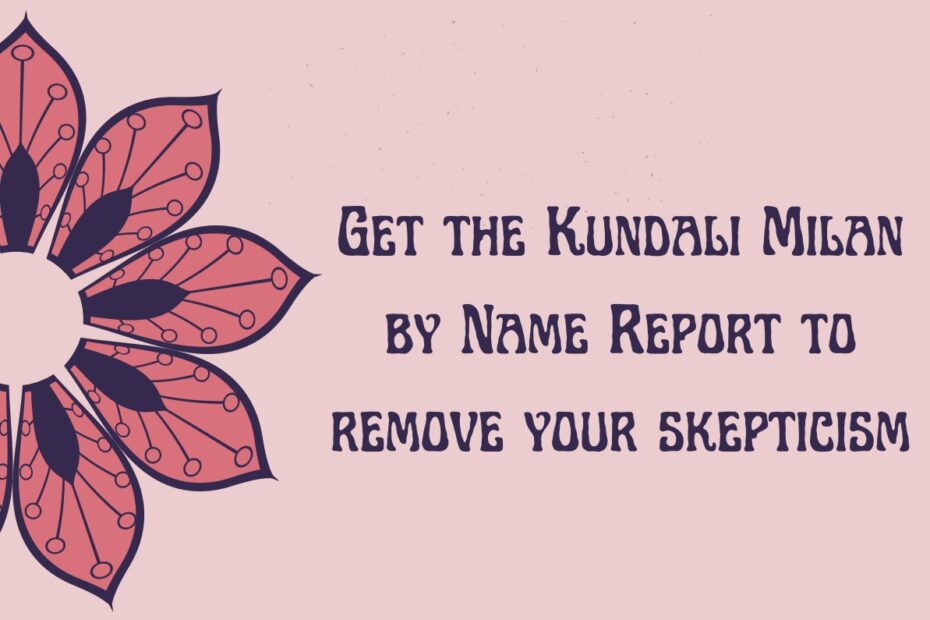 Whenever there’s a mention of Kundali Milan, youth seem to be disgusted at the thought of it. They think of it as an obstacle to fulfilling their dreams of love marriage. However, this stereotype about Kundali Milan must be stopped before it gains a large following. Kundali Milan is an ancient practice of matching horoscopes of two people who wish to marry one another. Kundali Milan doesn’t only include the Guna Milan score which people deem synonymous with Kundali Milan. Guna Milan is just an aspect of Kundali Milan.

Is kundali milan by name accurate?

This is a burning question that most of us have. Kundali Milan By Name is accurate to an extent. However, if you want a thorough analysis of your relationship, you should go for Kundali Milan and give out details of you and your spouse’s date of birth, time of birth, and place of birth.

Can you tell me exactly how kundali milan by Name happens?

Kundali Milan By Name is a process. The swar or the sound of the starting syllable of you and your spouse’s name will reveal your birth zodiac as per the Vedic terminology. Then other details are charted out, according to which the Kundali Milan by Name report is structured.

Is kundali milan by name legitimate?

Yes, Kundali Milan by Name is not a made-up thing. It is as legitimate as it gets. There’s a reason why there’s an emphasis put on sounds in Indian Culture. When a child is born in India, there’s a whole, intricate ceremony which takes place to find out the starting swar and sound of his or her possible name.

It has a certain impact on the child’s life for sure. If you wish to unlock the mystery and the air that surrounds the topic of Kundali Milan, then you should get a Kundali Milan by Name report just to test its aptness and whether it resonates with you and your spouse. Kundali Milan by Name will also give you a score out of 36 as per the Guna Milan process and tell you aspects about your marital life-like level of attraction and intimacy, friendship, harmony, progeny, health, etc.