Nakshatra Matching with Reference to Kundali Matching by Star and Rasi 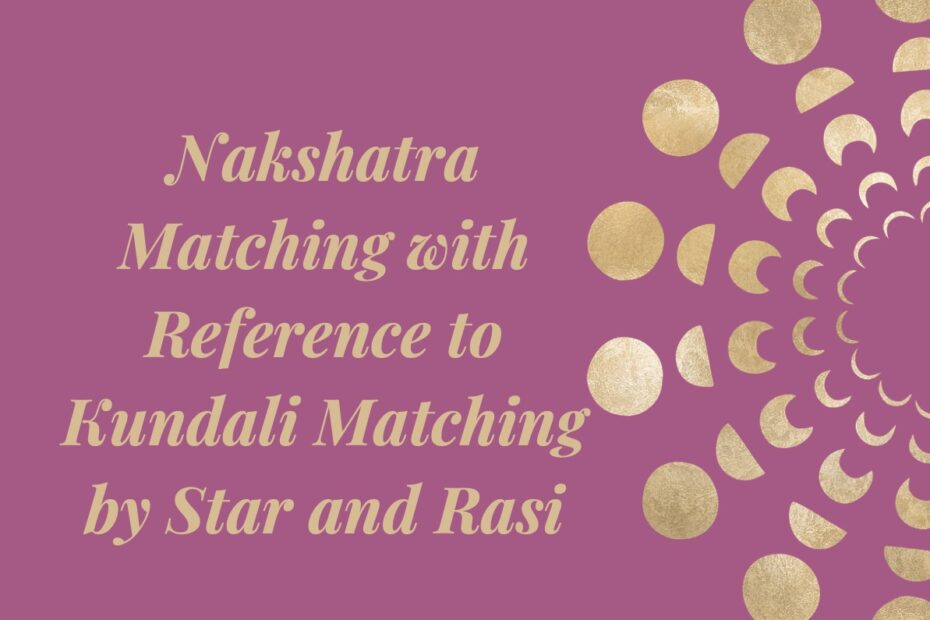 Many people dream about the day when they’ll get married and hope that everything will be alright when they take the next step in life. If you’re someone who has many questions regarding marriage and astrology you’re reading the right article. It is important for you to explore kundali matching by stars and rasi.

Many people are not aware that the moon is the key part in kundali matching by stars and rasi as it is the planet of emotions. Your every mood, taste, and desire can be determined by the moon. Jamna nakshtra is very important for kundali matching by stars and rasi. The compatibility process of janma nakshatra is known as ashtakoota milan. Ashtakoota milan signifies eight points that need to be checked during nakshatra matching.

The first point of ashtakoota milan is known as varna koota in which the spirituality of thecouple is measured. The varna category consists of brahmin,vaishya, kshatriyas, and shudras. Brahmin is considered as the most superior varna and shudras come at the bottom. In this koot it is important for the groom to have equal or superior varna than the bride for kundali matching by stars and rasi. If the varna of the groom is lower than the bride’s varna then it is not considered ideal in this koota.

It jumps from mental compatibility to sexual compatibility as both are considered an important part of any marriage. Yoni koota determines the sexual compatibility of the couple. Sexual relations between the couple should be great as it releases tension and keeps things exciting for the couple.  Each couple wants to be sexually compatible with each other for a happy marriage. Yoni koota states that the score between the two must be equal so that things will be positive. If the two have different results then it is considered negative.

We have learned at length the importance of zodiac signs for kundali matching by stars and rasi. Vashya koota talks about your zodiac signs and divides them into five different categories. These five categories are chatushpada, dwipada, jalsar rasi, banachar rasi, and keet rasi.  The most ideal situation for both the bride and the groom is to be in the same category to have a full score in this regard.