HOW TO DECODE NADI DOSHA AND REMOVE IT FOR AN INTENSE MARRIED LIFE. 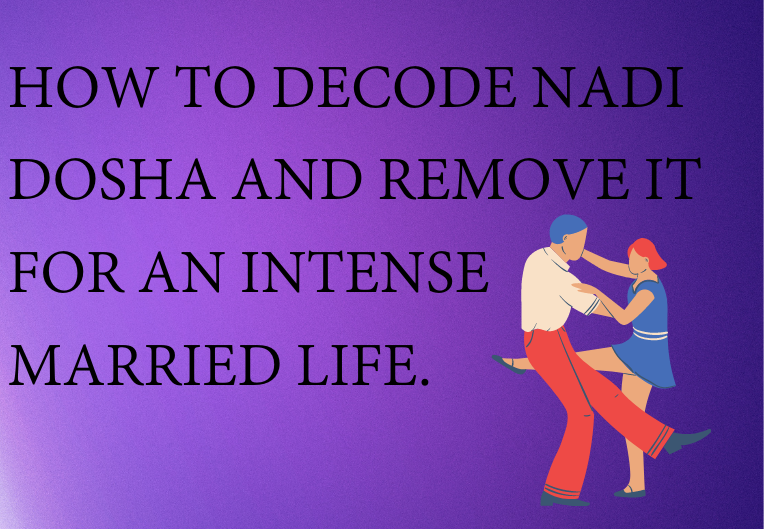 Nadi Dosha is one of the drawbacks when it comes to the process of the Kundali milan or the kundali matching. It causes a glitch in the life of the married partners and also between the potential couple who have the weak Nadi in the Ashthakoota method of the Gun Milan. It is detected through the matching of the janam kundlis of the two prospective couple who have dedicated to take a step for a holistic meeting of two souls.

Nadi Dosha takes place when both the Nadis of the individuals are of the same category. According to the Vedas, Nadi is one of the eight gunns or koota which is analysed with the intention for deciding the long-long partners. The eight kootas are composed of the confluence of the 36 Gunns or the points for understanding the overall compatibility between the couple. This is the step taken to understand whether the marriage is going to happy or not.

Among the 36 Gunns, 8 Gunns or points are granted to the Nadi koota which establishes the strong foundation for the compatibility. Kundali milan is all about understanding and analysing the concept of both the individuals on terms of mental, physical and spiritual bonding between each other. For leading a harmonious life with the cherry of good luck, the Nadis of both the individuals need to repel one another. They should be different. However, in few cases, there are chances when the Nadi dosha can be nullified. If the birth charts or the janam kundalis of the couple or the potential one’s are quite strong at the prospects of different houses, positioning of the Star, Moon, Sun and other celestial bodies, then the marriage can be termed as a favourable one despite having the Nadi dosha.

The effect totally depends upon the intense and connection of the Nadi dosha with the couple. There can be a few brutal and blunt consequences due to that as well.

According to the Vedic Indian Astrology, in the scriptures, there has been a mention of three definite Nadis that are found in random individuals. The three Nadis are: Adi, Madhya and the last is the Antya. These three Nadis stands and define the quality of the individuals through Vat, Pita and Kapha which is associated with the medical and biological importance to the mankind. It is trusted that as the same Nadi couple would repel each other, the different Nadi couple would pull each other towards one another.

CURE OR HELP FOR THE NADI DOSHA

Every pain comes with a relief. There are the possibility of the cancellation or the destruction of the Nadi dosha both pre and post marriage. With the help of the knowledge-gained astrologers, the Nadi dosha can be put to an end if the planets agree to it.

The immediate measures that can be applied to both the partners are: