WHY IS KUNDALI MATCHING CONSIDERED TO BE A FORM OF SCIENCE? 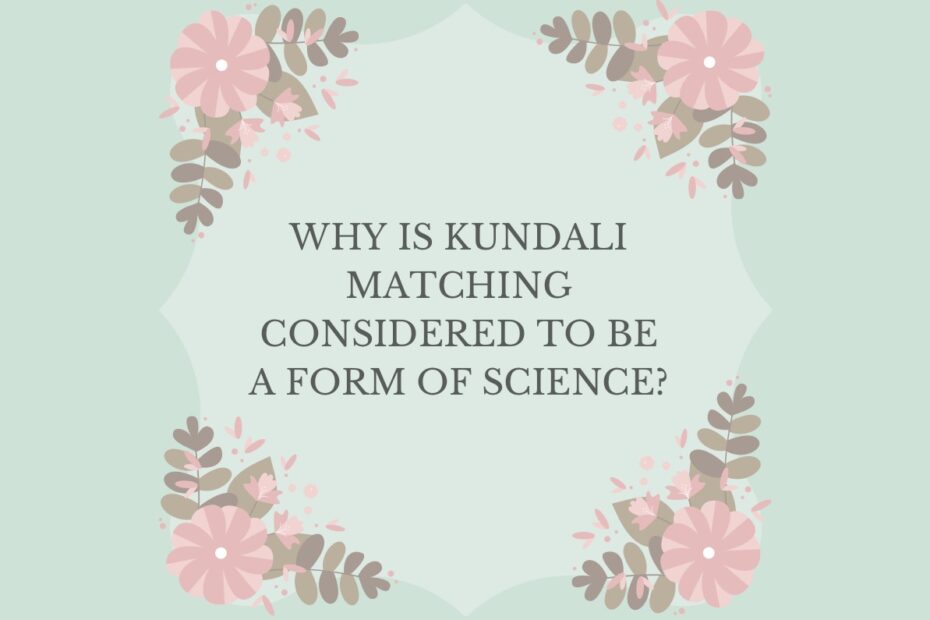 Kundali matching is defined as the matching of the kundalis of the prospective
bride and groom that are to be married. In a simpler term, the astrologer matches,
analyses, and determines the compatibility between the couple and whether they
will have a healthy and happy marriage, as well as the age of longevity of the
marriage. To know all of this, a lot of extensive calculations are involved in order
to determine their future and much more.

What is the process behind kundali matching?

Why is it considered to be a form of science?

Science is defined as the systematic enterprise that builds and organizes knowledge
by virtue of testable explanations and predictions about the universe by the
internet. Another process in kundali matching that is used to check the
compatibility between the partners is the Ashthakoota process in which there are
eight kootas, each koota contains a specific number of gunas that are actually the
ones that finally determine the compatibility between the individuals. Each of these
kootas represents the different aspects of the married life of the individual and in total there are about thirty-six gunas. So, if the couple scores about eighteen or less
than eighteen gunas out of the thirty-six gunas that are there, the match is said to be
inauspicious and the individuals are considered to be incompatible because of the
poor score. If the couple scores more than eighteen gunas out of the thirty-six
gunas, the match is said to be compatible. If the couple is awarded around twenty-six gunas and more out of thirty-six, the match is considered to be extremely good
and the couple is strongly advised to get married. There are explanations for every
single calculation and prediction that is made, valid explanations, and every single
prediction has been proven to be correct.
Many of you may not believe the fact that kundali matching is a form of science,
but in fact, it is. Kundali matching can make or break lives and helps the
individuals to improve their married life. It predicts if there are any doshas in the
kundalis of the individuals because the presence of any dosha in their kundalis can
cause have in their marriage and may even result in the early death of one of the
partners, infertility issues, financial losses, and constant fights that would destroy
the harmony of the house and cause trauma to the members in the house as well.