How Different Positions of the Moon are Important in Kundali Matching 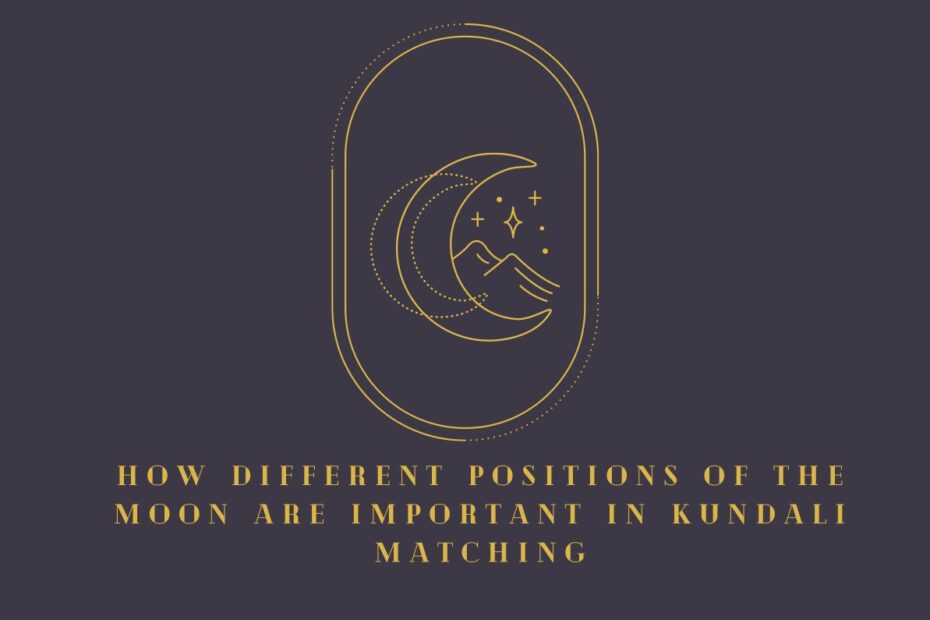 If you are a modern individual who smirks at the name of kundali matching, you should probably
give this article a read. All the natural and social sciences are given their due respect because of
their varied knowledge, experiments, research, and other important parts that have contributed to
developing society. Well, in some way or the other, kundali matching too plays a role in
developing society as a happy marriage leads to fewer divorce rates and better progress in
general. And, Kundali matching is just not something that is done based on guesses or
superstitions. It involves a lot of detailing, knowledge, and studying about the planets,
constellations, and stars of the universe. This itself poses a challenge as every individual has
different birth charts, which means every person has planets placed in different houses with
different impacts. Don’t worry, we won’t go into such detail in this article. However, this article
will largely talk about the role of the moon, and its impacts when placed in different houses.

Role of the Moon:

The moon has always been a poetic attraction for countless poets and authors due to its romantic
inclinations. However, it has a much bigger meaning attached to itself. The moon is considered
to be connected with the mental state of an individual, in astrology. The moon reflects the
psychological perspective of the human being in connection with his mental state. The moon
deals with the emotions and feelings experienced by the human being. For example, the zodiac
sign Cancer represents the moon. Thus, Cancer natives are known to be one of the most sensitive
creatures among the signs. But, the moon has different implications for different individuals as
its position varies from one house to the other. Let’s find out how.

What Happens if the Moon is placed in the 12th House of the Chart?

When the Moon is placed in the 12th house of an individual’s birth chart, both positive and
negative effects take place. Most talented healers, spiritual personalities, and philosophical
writers are seen to have their moon in the 12th house of the chart. The native is then blessed with
a variety of talents and a creative mind. However, if the native has faced any emotional burdens
in the past, he might need to set back and recharge the lost energy within himself, to move
forward. The moon also gives him the energy to overcome these kinds of issues. But, the native
must be aware of the aspect of a malefic planet or of a transit that may cause depression and
anxiety. The native with such a placement in his chart is also termed as mysterious and may fail
to express their feelings at crucial points of times.

What Happens if the Moon is placed in the 11th House of the Chart?

The eleventh house of the chart is considered to be a very auspicious house. Every planet placed
in this house gives beneficial results and so does the moon. The 11th house is a symbol of
friends, gains, and wishes. The individual craves to develop new relations for learning and
mental stimulation. However, the placement of the moon in this house makes him a moody
individual as he fails to recognize the foundation of a friendship. The native is also blessed with
a supportive and cooperative friend circle. The native also has a charming personality and is considered to be attractive. Thus, during kundali matching, this placement in the chart is highly
desired.

What Happens if the Moon is placed in the 10th House of the Chart?

The tenth house of the chart has to do with the work-life of the native as it deals with career and
professions. The placement of the Moon in the 10th House is considered to be pretty favorable as
it makes the native more focused and active on the professional front. The individual strives to
be better in the workplace and works hard to leave a mark. If the power of the moon is strong in
this house, the individual may be more focused on their professional lives than they are in their
personal lives. Thus, in Kundali Matching this can be a warning sign which the couple may pay
heed to after marriage to avoid any kind of conflict.