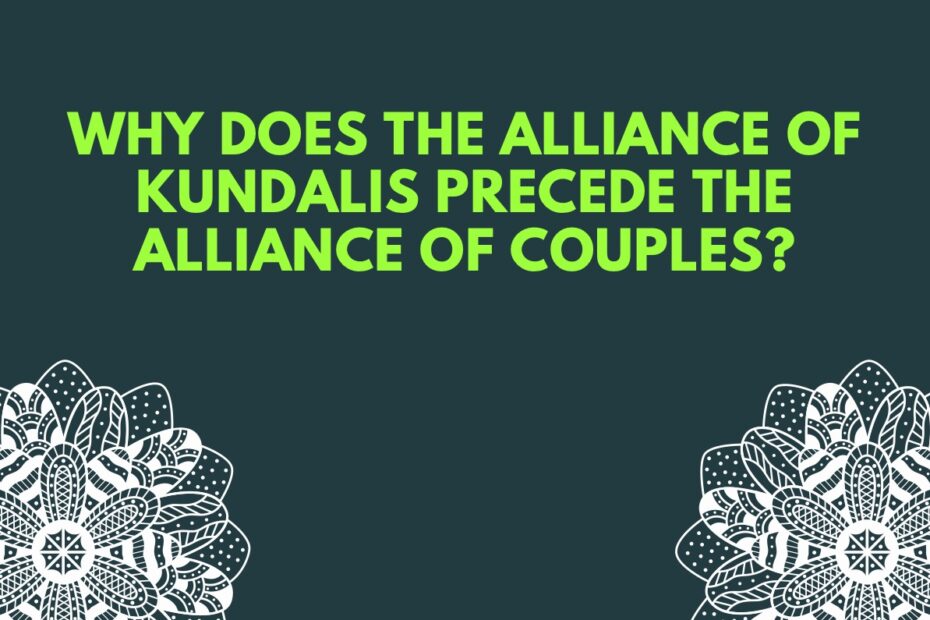 In Hindu tradition, Kundali Matching plays a significant role in ensuring the compatibility of
the groom and the bride as it is the first step in solemnizing the marriage. Kundali matching
is important as it is believed that the negative traits of both the groom and the bride will be
nullified while the positive traits will be enhanced if their kundalis match. A person’s Kundali
is nothing but a manual horoscope made at the time of their birth based on the date, time,
and place of birth. The astrological bodies affect a person based on their Kundali. Hence
Kundali matching becomes essential to ensure a happy and prosperous marriage. It is used
not only to check the compatibility but also to predict the time of marriage which would be
the most beneficial for the couple. Multiple factors must be taken into consideration when
matching kundalis, namely Guna matching, Manglik Dosh, and Strength of Navamsa Chart.

Guna matching is performed on the Janam charts (or the Birth Charts) of the bride and the
groom. The position of the moon is the influencing factor. The qualities of an individual in
their Kundali are called their Guna. There are 8 Guna in total – Varna, Vasya, Tara, Yoni,
Grah Maitri, Gana, Rashi, Nadi.

· Varna – This puts the individual into one of these four categories – Brahmins,
Kshatriyas, Vaishyas, and Shudras. This is responsible for determining the spiritual
compatibility of the couple along with their ego levels.

· Vasya – The division of power in the relationship is determined by this Guna. It is
used to predict the equation of power between the couple along with mutual attraction. It
is divided into five parts – Manav/Nara (human), Vanchar (wild animals), Chatushpad
(small animals), Jalchar (sea animals), and Keet (insects).

· Tara – There are 27 birth stars in astrology, called Nakshatras, which determine the
birth compatibility and the destiny of the individual.

· Yoni – This Guna is responsible for matching the level of intimacy between the
couple, including sexual compatibility and mutual love. This is divided into fourteen
animals, namely Horse, Elephant, Sheep, Snake, Dog, Cat, Rat, Cow, Buffalo, Tiger,
Hare/Deer, Monkey, Lion, and Mongoose.

· Graha Maitri – The moon sign compatibility is dictated by this Guna. It measures the
compatibility of the couple in terms of mentality, affection, and platonic friendship.

· Rashi – This Guna depends on the position of the moon in the Birth Charts of the
couple with respect to one another. Based on the house the moon is in, emotional
compatibility and love are determined.

Each of these Guna is responsible for a different facet of life. Each of them carries different
points. For every Guna match, the points corresponding to the Guna is added to the score.
The final score is then calculated out of 36. During Kundali matching, there must be a score
of at least 18 for it be to a profitable match. The more Guna matches there are, the better the
marriage is predicted to be. The next factor that needs to be considered is Manglik Dosh. If a
person is born with Mars in any of the following houses – seventh, first, eighth, fourth,
twelfth, or second, that person is considered to have Manglik Dosh. This is significant as a
marriage between a Manglik and a non-Manglik is believed to be doomed. There are
multiple ways to “correct” a Dosh any one of which can be used before the marriage to
ensure its longevity.

If ignored, the Dosh is believed to create numerous problems between
the couple and force them into an unhappy marriage. Hence, for a happy and problem-free
marriage, the level of Manglik Dosh must be almost the same. The third major factor to
account for during Kundali Matching is the Strenght of Navamsa Chart. Navamsa chart, or
as it is known in Vedic astrology, the D9 chart, is of extreme importance in astrology.

It consists of nine divisions, hence the name Navamsa; “nav” meaning nine and “amsa”
meaning division. It signifies the ninth division of a Sign. Navamsa is responsible for your
duty, or your Dharma required to fulfill your goals. The chart is consulted to determine the
stability of the marriage and the qualities of the partner. It is to Kundali matching what
Dasamansha is to career counseling. Thus, Kundali matching plays a vital role in ensuring
compatibility between the couple, at least astrologically.