Is your Kundali matching with Mangal Dosha? 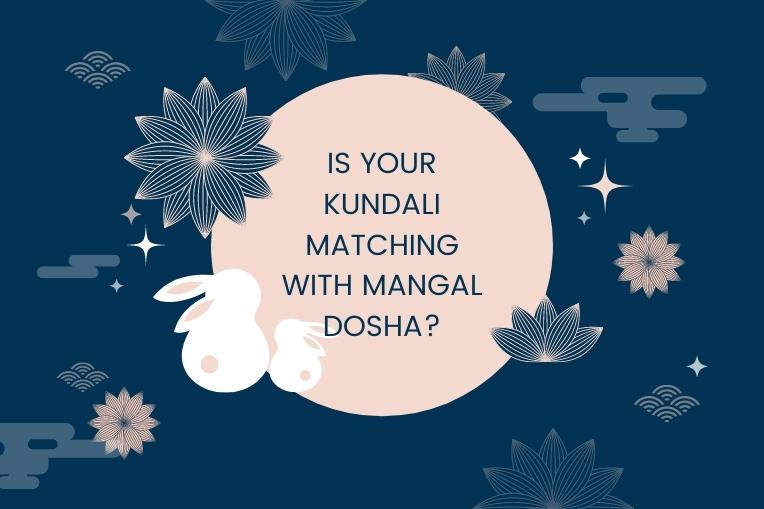 In the history of astrology, the name “Mangal Dosha” is the most dreaded dosha. Mangal Dosh is known for its tendency to disrupt marriages, but it is far more than just that. It is related to the planet Mars in astrology (also known as Kuja Dosha, Manglik Dosh, Bhom Dosha). Vedic astrology refers to Mars as the planet of war. And it can be found if your Kundali matching with the mangal dosha. Therefore, the natives can create various problems for themselves, including disruptions in marriage.

The first house is affected by Mangal dosh

An individual’s Lagna or first house represents his or herself. There is a possibility of physical assaults between the couple due to the girl’s kundali matching with the  Mangal dosha in the first house, especially in the girl’s kundali. Moments like these tend to make people stressed, and when tensions rise, the likelihood of separation is usually elevated.

It is most common for Mars to be placed in the second house in conjunction with death in the partner’s life. The situation, however, is more complex. It may also be counterproductive for one’s career if Mars is in the second house. Their respective professions may present challenges for the couple. You may also have issues saving money, despite your tendency to do so.

Effects of Kuja Dosha in the 4th house

In addition, when you find your Kundali matching with the Magal dosha in the fourth house of the Janam Kundali, which may impact one’s professional life as well. A couple may have difficulty supporting each other during difficult times. It is also possible to experience difficulties in the family sphere when mars are in the 4th house.

In the  7th house, there is an effect of the Manglik dosha

A person with Mars in the 7th house tends to be high-tempered and irritating. The children in the family suffer as a result of such behavior, as does the relationship itself. Also, the 7th house Mars native would present a very dominant personality. The result could be that they restrict the other to limits they are unwilling to entertain.

If you find your Kundali matching with the mangal dosha in the 8th house will be lazy and careless. Financially and materially, the person will become reckless. Alternatively, his/her greed may stem from an attachment to his/her parents’ wealth.

Mars in the 12th house of the Kundali indicates that a Manglik person will have many enemies. There will also be mental problems that will affect the individual’s home environment. If not quenched, the passion and vigor in a relationship might be lessened in a woman with Mars in the 12th house.

Is it possible to find out if I am a Manglik?

Finding your Kundali matching with the mangal dosha is important.  You can check where your Mars is placed in it &  will tell you if you are a Manglik or not. Twelve houses make up a person’s Janam Kundli. In astrological terms, Manglik is those with Mars in their 1st, 2nd, 4th, 7th, 8th, and 12th houses.