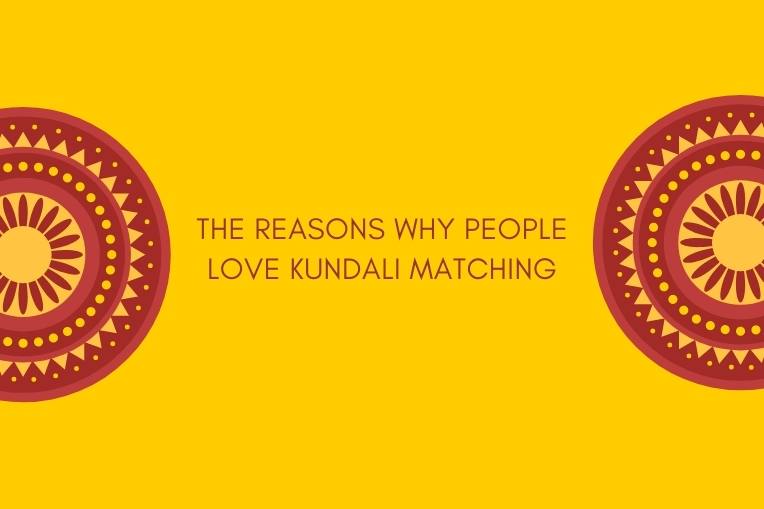 The Vedic astrology counterpart of zodiac compatibility for matrimony is Kundali matching, also known as Kundali Milan. There are still a massive amount of people who follow and love Kundali matching. The practice might seem ancient and unwanted, but the following of it is overwhelming.

Yes or No Tarot

This matching is by far the prime essential aspect taken into account while going through with a marriage proposal in Indian societies or anybody practicing Hinduism, wherein arranged marriages remain prevalent.

Potential bride and groom’s fitting Kundalis will reveal how the stars impact their relationship and what steps they should take to secure everlasting contentment. It might seem cliche to the modern viewers; however, its impact is going strong, as more and more people love Kundali matching.

The Actual Process of Kundali Matching.

The horoscopes of the to-be-wed couple are paired during Kundali matching to determine if their marital life would be joyful and prosperous. One prime duty of Kundali pairing is the ashta-koota comparison, which accounts for 36 elements from both horoscopes. The procedure being so intricate, many Hindus still follow this and love Kundali matching.

Out of the 36, if the similarities are 18 or more points, the wedding can be authorized. However, if the similarities are less than 18 levels, the union is disapproved by the astrologer. It might seem like a negative attitude towards life and marriage, but it determines their well-being. It is the prime reason why many love Kundali matching and believe in it.

The reasons for the popularity of Kundali matching even in the 21st century.

As years pass by, divorces and broken marriages are on the rise. Several marriages end up in court discussions due to many issues, both personal and public. What people look forward to having is a system connected with spirituality and religion. What was beneficial was a system that has the power to determine the future of a married couple. It is the prime reason why people love Kundali matching.

India being a country still rooted in its culture, was essential to continue a few ancient practices. It is pretty sure that in a country like India, people will practice and love Kundali matching. Almost everything in this diverse land is well blended with spirituality. So, it’s no surprise that the Hindus still practice Kundali matching.

Which Animal Are You Reading

Enter your Date of Birth:

Your Inner Animal is:

Traditions are salient to be kept relevant as time goes. We should realize that our culture and traditions are our identities. We all adore and reflect the western culture but rarely even recognize ours. It is the reason why several sociologists and historians love Kundali matching and several other customs.

Irrespective of how many years or decades pass, it’s very salient to keep our traditions and culture alive. It’s one of the simplest elements of our identity that we possess. With a custom-like Kundali matching, you can achieve a healthy marriage and preserve an integral part of our culture.