Does the perfect pair determined by kundali matching have a successful marriage? 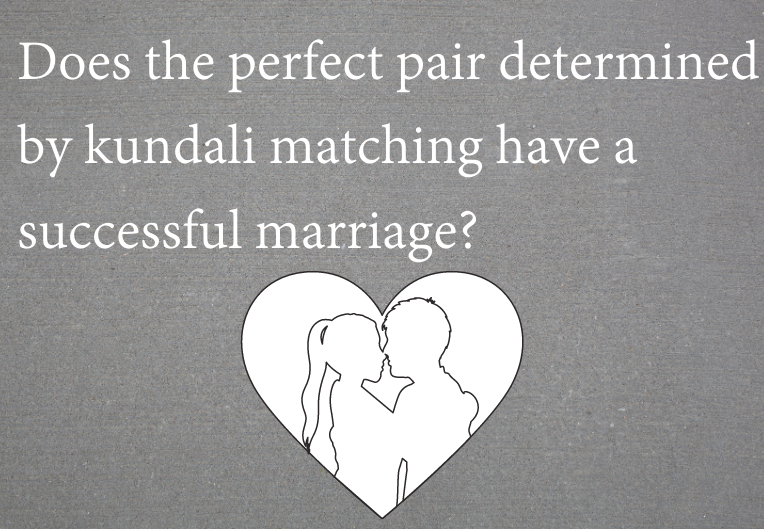 Kundali matching is a very popular and auspicious ritual in the astrology. The ritual is followed by many Hindu families as with the help of Kundali matching, the compatibility between two people is determined.

Every parents want their kids to marry someone with whom they can have a very bright future. Each one of us want that our marriage becomes successful with least amount of disputes and challenges. The Kundali matching thus becomes a very useful ritual in which the compatibility between two people is checked by matching the Gunas.

When does a couple called as a perfect pair?

There are many different cases in which a pair is called as a perfect. These cases are determined by the results of the Kundali matching or Guna Milan.

In the process of Guna Milan, the gunas of each individual are matched. This is done to check the similarities between the two individuals getting married. The gunas represents the qualities of a person. The Guna Milan is performed with the sole purpose of finding the maximum amount of matching Gunas in order to determine if the two individuals have any similarity or not.

In the Guna Milan, 36 gunas are present. Out of these gunas, at least 18 should match for a successful marriage. But when the number of matched gunas is between 32 – 36, then the couple is considered to be perfect.

This case is rare, and when it occurs then the pair is believed to be made for each other. The couple with 32 – 36 number of matched gunas is considered to be compatible as the similarities between the two is very high. Most of the qualities are matched in that case which makes them very similar in personalities.

It is believed that the relationship is more compatible with a person where the similarities are higher. This is the reason, it is considered to be the case of perfect pair.

Does perfect pair really have a successful marriage?

The perfect pair determined by Kundali matching doesn’t guarantee to have a successful marriage. It just predicts that if everything goes right, then the personality or the choices of the two individuals will not be an issue.

Marriages doesn’t really depend on personality traits, choices, interests etc. There are a lot of other things as well which play an important to determine whether the marriage will be successful or not.

Sometimes, other things might go wrong which can breaks the relationship. Kundali matching doesn’t really determine every aspect of the marriages. It just checks the compatibility considering the different qualities of an individual.

Hence, it should be kept in mind that the results of the Kundali matching are done considering certain aspects while marriages are influenced by a large amount of things. It takes a lot of effort to sustain a marriage.

Astrology has made our life easier by giving us advises on different areas of life. But we shouldn’t depend totally on it. These are just possibilities which can be incorrect.