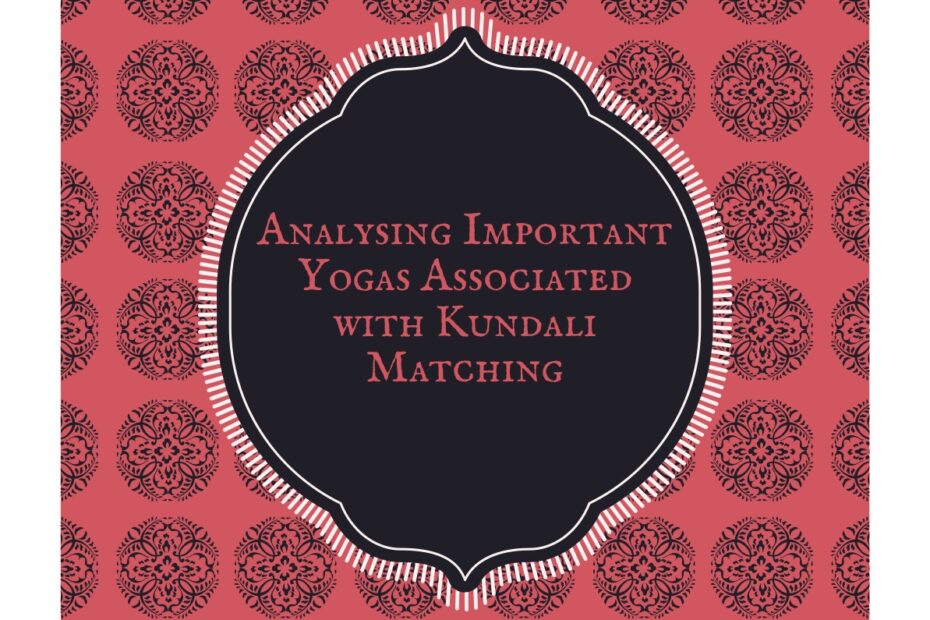 Vedic Astrology talks about the method of Kundali Matching or Kundali Milan, which takes
place before marriage. In the Hindu community, Kundali Matching is considered to be an
auspicious process which is conducted before the wedlock of a couple. When a child of the
Hindu community is born, the details regarding their time and place of birth, and their names are
written down generously. These are then provided to an experienced and expert astrologer, who
then goes on to make the child’s ‘Janam Kundali’. The Janam Kundali of a child is supposed to
predict obstacles and misfortunes in their lives and also talks about their personality, outlook,
future aspirations, etc. The guardian of the child then takes measures according to the predictions
of the child’s Janam Kundli.
This Janam Kundli comes into play during the marriage of the individual. Both the bride and the
groom’s kundlis are studied to check if the match is beneficial for them in terms of their future,
health, wealth, progeny, etc. There are many realms to kundali matching and it is not a piece of
cake. It involves the formation of certain doshas and yogas based on the positions of stars,
celestial bodies, and planets. These doshas and yogas bring with them mishaps and advantages.
When it comes to positive notions, much heed does not need to be paid. However, when negative
implications are surrounding the doshas and yogas, which can have terrible impacts on one’s life,
they must look into it and seek remedies.
In this article, a few major yogas will be talked about.

Major Yogas in the Realm of Kundali Matching:

-Laxmi Yoga: Lakshmi is the goddess of wealth and similarly Laxmi Yoga concerns
itself with financial prosperity. The Laxmi Yoga is formed when both Jupiter and Saturn
harmonize with the moon in the individual’s horoscope. The native of this yoga is
considered to be an intellect with high levels of IQ. Attractive looks and leadership skills
are other qualities that the native of Laxmi Yoga possesses.

– Vipreet Raj Yoga: The Vipreet Raj Yoga is a blessing to anyone who acquires it. It
comes with an abundance of prosperity and tons of other blessings. This Yoga is formed
when the ascendant Lord of the 6th, 8th, or 12th House acquires a position in the house of
the person’s horoscope. Vipreet Raj Yoga has three further limbs. These are Vima
Yoga, Sarala Yoga, and Harsha Yoga. The native of this yoga is blessed in the fields of
academics, family, marital life, health, wealth, professional sector, and social life.

– Neech Bhang Raj Yoga: The occurrence of Neech Bhang Raj Yoga in a person’s
horoscope is very rare. That is because this Yoga is special. It has the power to cancel the
negative effects of any other doshas and yogas which the native has. The possessor of the
Neech Bhang Raj Yoga has the qualities of a king and is considered to be a powerful influence. They are extremely successful in life with great levels of intelligence and
smartness. The one that is born a native to the Neech Bhang Raj Yoga, is indeed blessed.

– Shubh Kartari Yoga: Like a few other Yogas discussed above, the Shubh Kartari Yoga
is also considered to be an auspicious yoga with immense benefits attached to it. Th
Yoga is formed when the individual’s birth and natal charts have the presence of
Mercury, Jupiter, Venus, and the moon, surrounding it. When planet Jupiter positions
itself in the 6th House, the Moon sits in the 4th house and the native is placed between,
the person acquires the Shubh Kartari Yoga. The person with this Yoga will be very
lucky in life and be involved in the spiritual world. The native will also be blessed with
access to financial prosperity and possess great levels of creativity, artistry, and have a
hand in sports. They are considered to be surrounded by love from both their parents and
children.