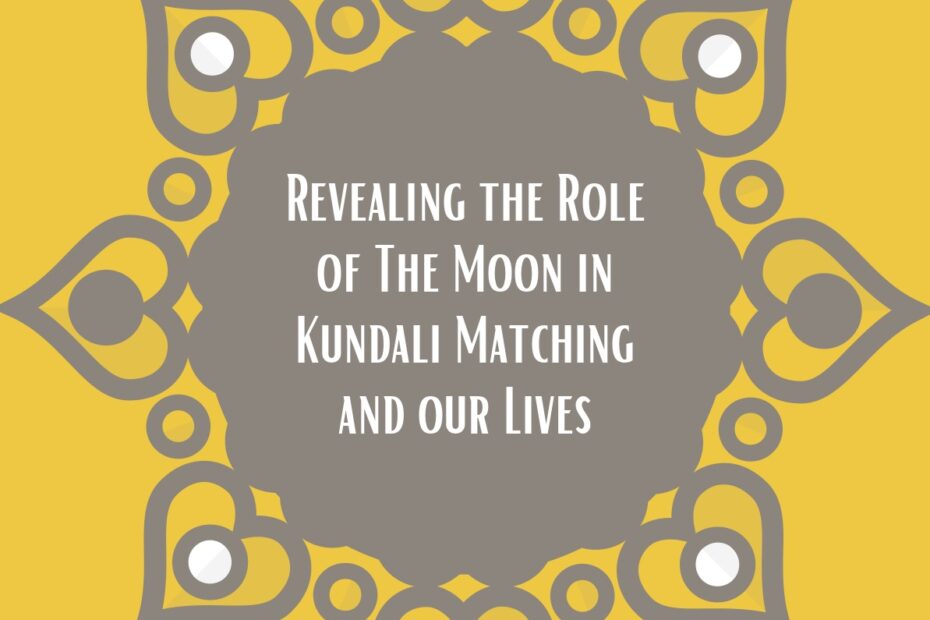 From time immemorial people have been going to their elders for advice. Be it regarding
important life decisions, marriage, career options, or anything related. We trust our elders for
such crucial decisions as they are experienced and have gained more knowledge over the years.
Similarly, particularly in India, one always seeks the advice of their parents before tying
themselves in wedlock with another individual. Marriage is considered to be a sacred ritual in
India. It ties two individuals in matrimony who are destined to live their future together.
Everyone desires a perfect soulmate with whom they can spend a happy, care-free life filled with
joy and laughter. Often finding such a perfect partner becomes difficult. One does not know
whom to trust and whom to not trust. The concept of arranged marriage still prevails in India,
albeit the presence of love marriages. However, be it an arranged marriage or a love marriage the
ritual of Kundali Matching holds a lot of importance. In Kundali Matching, the Janam kundalis
of both the bride and the groom are studied by a professional astrologer whose expertise is
kundali Milan. The astrologer studies the date, place, and time of the birth of an individual
according to the positions of stars, constellations, and other celestial bodies. This is done because
the positions of these planetary bodies have to do a lot with how an individual’s life is chalked
out, what is in store for him and how his future will be. There are seven major planetary bodies
which aid the process of determining a person’s future. They are the Sun, the Moon, Mars,
Mercury, Venus, Jupiter, and Saturn. This article aims to elaborate on the role of the Moon in
astrology.

The Role of The Precious Moon in Kundali Milan and Astrology:

The moon is a spherical astronomical body that revolves around the earth. It is the sole satellite
of planet earth and the fifth largest in the entire solar system. It is also known by the name of
Luna, Selene, and Cynthia. When one thinks of the moon, the first thoughts that come to mind
are about the romantic notions it carries with itself. The moon is considered to be a symbol of
elegance and the ray of light amidst the stone-cold darkness. However, this beautiful celestial
body has a very strong significance in mapping out our lives. The moon rules our inner feelings,
thoughts, and emotions. She plays a crucial role in human beings as her presence in one’s birth
chart indicates how that person would stabilize relationships with loved ones. The moon is the
way we perceive and portray our emotions. The moon is considered to be the queen of the solar
system and rightly so. It is termed a benefic planet and its proper position can result in a
favorable impact on the native’s life; like blessing him/her with mental strength, power, and
prosperity. The moon is the queen and thus associates itself with the female-bodied person more
than it does with the male-bodied individual. It is through the various phases the moon passes
through that the menstrual cycle of a woman is determined. Positive positions of the moon in
one’s kundali determine the strength, mental peace, beauty, charm, joy, and happiness of an
individual while the ill-placing of the moon has serious effects. These positions of the moon with
accord to other planets are capable of forming a variety of special yogas which impact the life of
the individual whose chart contains such placement. Such yogas are the Sunafa Yoga- which
blesses an individual with wealth, prosperity, and intellect; the Anafa Yoga- that can bring good
health and success; the Durudhara Yoga- a Yoga that provides the native with all the comfort and luxuries of life. Again, the Moon’s position is also responsible for forming the Kema druma
Yoga. The KemaDruma Yoga is formed due to the negative impact of the moon when the moon
is positioned between no planets except the Rahu, Ketu, and the Sun. This is one of the few
Yogas that brings turbulence in the native’s life and causes various familial and marital conflicts.
Thus, the significance of the moon in Kundali Milan and Astrology is very high as it has the
power to influence an individual’s life both positively and negatively.