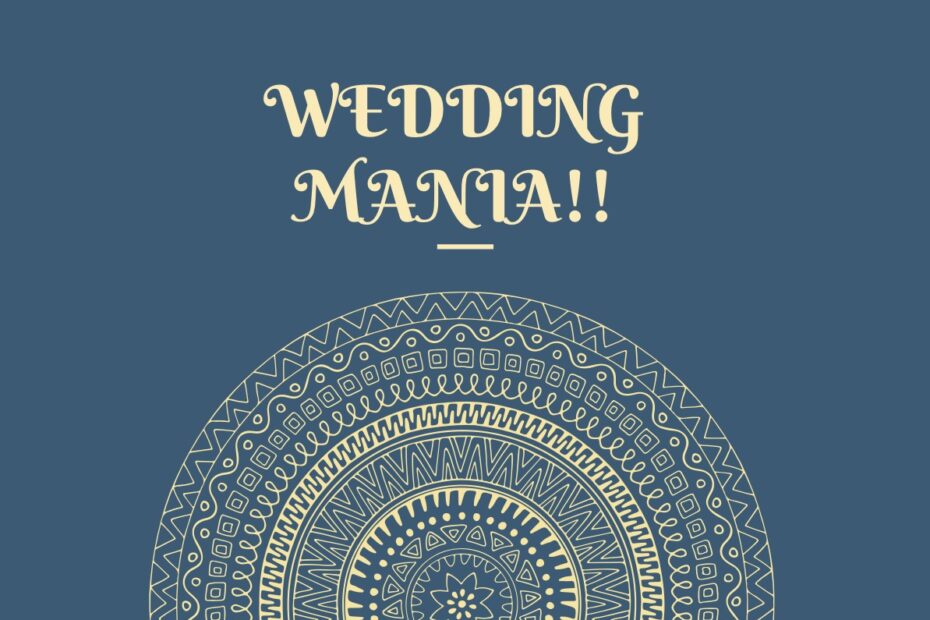 A lot of weddings were planned for the year 2020 and from the
beginning of the year many people were waiting for the famous
Bollywood couples dating each other to marry. On 21st of March all
these sweet dreams came crashing down as for all the Bollywood
fans it was a heartbreak not to see new wedding goals and
destinations as set by Anoushka Sharma, Deepika Padukone, and
Sonam Kapoor.

People still crave the mesmerizing Sabyasachi Mukherjee
designs, eye-catching decor, and the Panoramic view of the
destination weddings. After the outbreak of the pandemic, most of
the weddings were postponed till the second half of the year or the
next year. Amongst all-around 80% of destination wedding plans
were canceled and people were seen giving up the idea of a lavish
wedding and marrying in the simplest possible way. This might have
reduced the colorfulness and vibrancy of the occasions but
entailed an idea of a soulful traditional wedding excluding the
compulsion for lavishness. In 2020 people preferred proceeding with
the traditional ways of Kundali Matching, Engagement, Haldi,
Mehndi and Pooja if not postponing the wedding, leaving the less
important but popular things sidelined.
Along with all these marriages, some star celebrities from Television
and film industry also chose to tie knots within the year. Some of the
popular marriages are:

Rana Daggubati and Miheeka Bajaj
With the blessings of close family and friends the Telugu actor
Rana Daggubati, best known for his role as Bhallaldev in the
Bahubali Movies took the oath of marriage with Miheeka Bajaj. The
the wedding took place under precautions and guidelines of
Covid-19 pandemic in Telugu and Marwari styles without the
detailed ceremonies like Kundali Matching, Roka, engagement
etc. With a zardozi lehenga embellished with chikankari and
gold metalwork and the ceremony taking place in Ramanaidu
Studios of Hyderabad the couple has set a standard for
wedding plans amidst the lockdown.

Puja Bannerjee and Kunal Verma have set new standards for
the marriages in 2020 not in terms of designer jewellery, dresses
or a lavish wedding ceremony and venue but by pure simplicity
of their commitment. The couple got registered as a married
couple in court in March and were planning to traditionally
take vows and pheras in April but decided otherwise due to the
lockdown. The actress said that they are skipping the
traditional ceremony and will donate the money kept aside for
it to the needy. After a lavish engagement with most TV stars
being guests, the couple married with least celebrations

Prachi Tehlan and Rohit Saroha
A former sportsperson Prachi Tehlan got married to a Delhi
based businessman Rohit Saroha this year. Married on 7th of
August 2020 in an outfit by Sahil Kochhar and Jewellery by
Archana Aggarwal, they made a beautiful couple. Prachi took to
acting with her debut in the daily soap Diya Aur Bati Hum and
then performed in Ikyavan after her career in sports. Prachi
tells how they had no plans for marriage and then situations
started knitting a wedding thread to tie knots with Rogit Saroha
within two months and the ceremony took place at least
friends and family members.

Kajal Aggarwal and Gautam kichlu
Kajal Aggarwal was married to Gautam Kichlu on the 30th of
this October. The actress surprised people by revealing the
date of her love marriage amidst the lockdown. The
preparations for each occasion were detailed with outfits
designed by Manish Malhotra, Anita Dongre, Anamika Khanna,
Varun Bahl for different ceremonies like Haldi, mehndi, sangeet,
engagement, and the main wedding. And stylist Ami Patel. The
wedding was organized with Vogue all over zoom and online
portals in the Taj Mahal Palace in Mumbai.

Neha Kakkar and Rohanpreet Singh
The most talked off wedding of 2020 till now is that of singers
Neha Kakkar and Rohanpreet Singh. Kicking off with the song
and #nehudavyah the couple has enjoyed and celebrated each
day of their wedding throughout. The traditional ceremony took place in a Gurdwara. Everything about this wedding was grand from the entry of the bride to the varmala, Haldi, and Mehendi ceremonies. The outfits and style flooded the internet as the photos got released. This wedding has opened gates for the lavish wedding ceremonies with every single moment being a gossip. Though the pandemic has led many couples to marry without the traditional ceremonies and grand celebrations it has also given time to think deeply about the relation and replan the weddings in newer ways. People have sat back to look at matrimonial matchmaking websites, Kundali Matching, looking for mahurats, and guestlists.