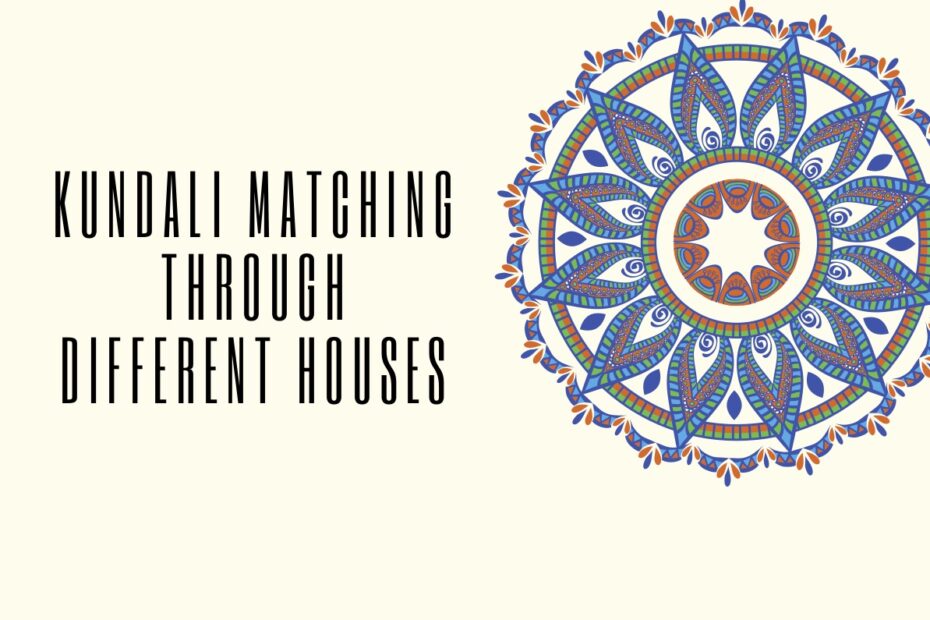 Kundali matching is a large part of Indian astrology and astronomical sciences and is respected
widely by generations across the nation. The art of Kundali Matching is vast and in the dept
process in which the Janam Kundlis of the bride and the groom are studied to check
compatibility scores. When a child is born to the Hindu community, the details surrounding his
birth are noted down by the guardian. These details include the date, time, and place of birth.
These details are then sent over to a professional astrologer who makes certain predictions about
the child’s life and future. These predictions are considered to be the Janam kundali of the child.
These predictions of the child also have mishaps and predicaments, something for which the
guardian takes necessary precautions as the child grows up. This Janam kundali comes into use
again when the child reaches a marriageable age. Janam kundalis contain the presence of
different doshas and yogas that may impact the person or individual’s future negatively or
positively. Doshas and yogas are formed concerning the position of stars, constellations, planets,
and other celestial masses. There are seven major planets and two other planets that have an
impact on the individual’s life. They are the Moon, the Sun, Jupiter, Saturn, Mercury, Venus,
Mars, Rahu, and Ketu. This article talks about what happens when the major karmic planet of
Rahu, is placed in a specific house.

Role of the Positions of Planets in Houses

Both inner and outer planets have an equal impact on the lives of individuals residing on earth.
Each planet has a specific identity and is assigned to different aspects of a person’s life owing to
the gravitational forces and the rays they penetrate. The impact caused by planets also depends
upon the different astrological houses they are positioned in, during the time of the birth of the
native and its transit period. These houses have varying degrees of powers associated with
themselves. They range from good, moderate, or neutral to negative. Again, the concept is so
concise that specific planets have different impacts when positioned in different houses. For
example, if malefic planets are placed in the sixth house, it is considered to be very auspicious
but, in the same way, if benefic planets place themselves in the sixth house, the entire power of
the benefic planet becomes null and void. In the same way, the eleventh house of a chart has a
neutral charge and does not have any effect. Any planets placed in this house will always
produce favorable results. For example, natural malefic planets – Saturn, Rai, and Mars placed in
the eleventh house generate beneficial results while natural benefic planets like the Moon,
Jupiter, and Venus have the same effect when placed in the same house. Just like every planet
has a specific meaning and effect, every house deals with a specific arena in the individual’s life.
Planets positioned in different houses have the power to influence the charge of that house
depending on other positions of planets. This article deals with the planet of Rahu and its effect on an individual’s life when placed in the first house.

Role of Rahu in the First House

Rahu and Ketu are both considered to be karmic planets. Rahu symbolizes the desire and
obsession a human nurture within himself. Rahu, in reality, is a shadow planet and does not have any physical existence. Yet, it has a great impact on the native’s life. Both Rahu and Ketu denote
the karmic desires of people from the past and the present.  The first house is always considered to be the ascendant house. When Rahu is placed in the first house, the results it generates are often positive. The native may be a short-tempered person but is blessed with a sharp mind, intelligence and will achieve a lot in life and get fruits for the hard work and efforts he puts into achieving the same. The native may face many obstacles at the beginning but is sure to overcome them and emerge victorious in the professional field. The
native will have a materialistic approach towards life and in case he falls back on wealth, his
intelligence will lead him to a good place.