The Importance of the 1st House in Kundali Matching 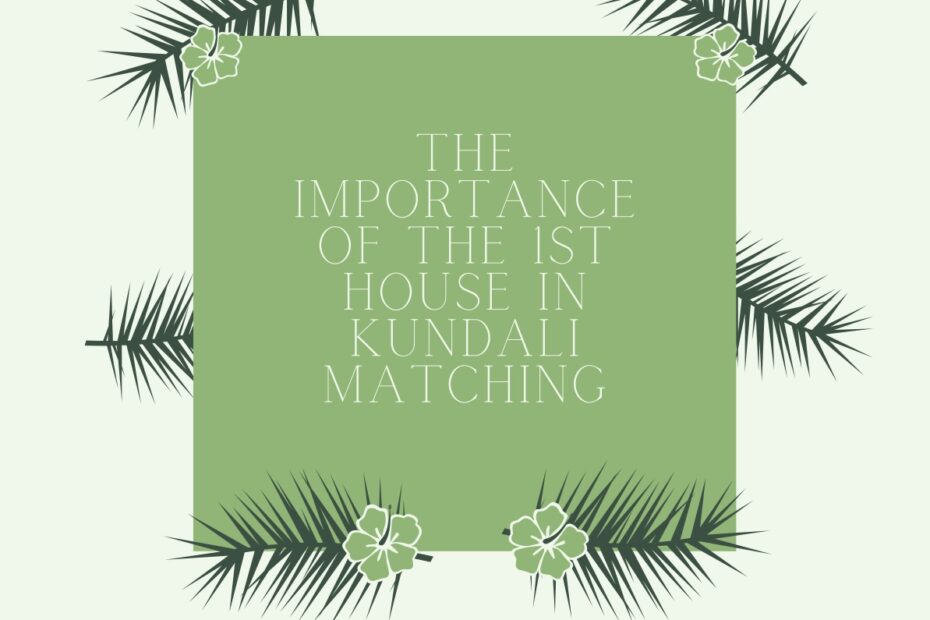 Kundali Matching is a vast and extensive process that deals with a significant number of areas.
Contrary to popular misinformed belief, it does not dwell around superstitions. Kundali matching
makes the match only after an extensive study of each planet’s present in the birth chart and their
specific positions. There are 12 houses in one’s horoscopes and each house has a variety of
significance for every different planet. Each house represents certain specific characteristics and
deals with significant areas of life. As we all know, every planet has its meanings too. Thus,
when placed in different houses, the powers of the house plus the powers of the planet are
blended into one to come up with a final significance that impacts the native’s life. This article
will talk about the significance of the first house and the role of each planet in this house.

Significance of the 1st House

The first house is called the house of the self and is the ascendant house in kundali matching. It is
calculated through the degree of the sun on the eastern horizon at the specific time and place of
birth. The first house in one’s kundali is considered to be one of the most important houses as it
marks the beginning of the life of an individual. The zodiac sign belonging to the first house is
Aries and the associated planet is the Sun. This house answers the questions of who you are and
what you will be in life. It concerns itself with one’s character, temperament, physical
appearance, strengths, weaknesses, self-identity, health, and physical constitution. A lot about
one’s inner and outer self can be deciphered by studying the position of the 1st house in the birth
chart. Let’s look at how the planets placed in the first house create impacts on the native’s life.

Role of the planets in 1st House of the chart

Rahu– When placed in the 1st house, Rahu generally generates efficient results. If the position
and placement are influenced by a strong benefic planet, it can also bring unexpected wealth to
one’s life. The native will also be blessed with intelligence.
Ketu– When Ketu is placed in the 1st house of a native’s chart, his/her father might benefit from
it but it will cause a lot of troubles in the realm of health. There might be a chance of health
problems within the progeny of the native as well.
Saturn– If Saturn is aspected in a malefic manner in the 1st house, the native will face problems
in their marital life that can end up in divorce or separation. They will however have a good
relation with friends and family.
Mars– If Mars is placed in the 1st house of one’s chart, the native becomes a Manglik that causes
him numerable problems in married life. These persons tend to be sensitive and get hurt easily.
This makes them aggressive in their behavior.
Jupiter– The native with Jupiter in the 1st house of the chart is blessed with all kinds of worldly
and spiritual comforts. It makes the native religious, knowledgeable, and intelligent. He is also
respected in the social circle.

Sun– When the sun is placed in the 1st house of the native’s chart, it will generate favorable
results in terms of giving an attractive personality to the native that will make him popular
among the masses. If the position of the sun in this house is strong, the native will be successful
in making a good impression on others. He will also be blessed with immense mental strength.
Moon– When the moon is positioned in the 1st house of the chart, the native is blessed with a
pleasing and amiable personality that is appreciated by all. However, the native can also become
very aggressive depending on the sign-in in which the moon is placed. If it is placed in a fiery sign,
then the native can become very irritated very quickly and be short-tempered.
Venus– If the planet of Venus is positioned in the 1st house of the chart, the native may be fond
of painting, art, or cultural activities like singing and dancing. He or she may also have strong
connections with industry experts. The position improves luck and brings happiness to the life of
the native.