YOUR GUIDE TO UNDERSTANDING WHY MANGLIK DOSH OCCURS 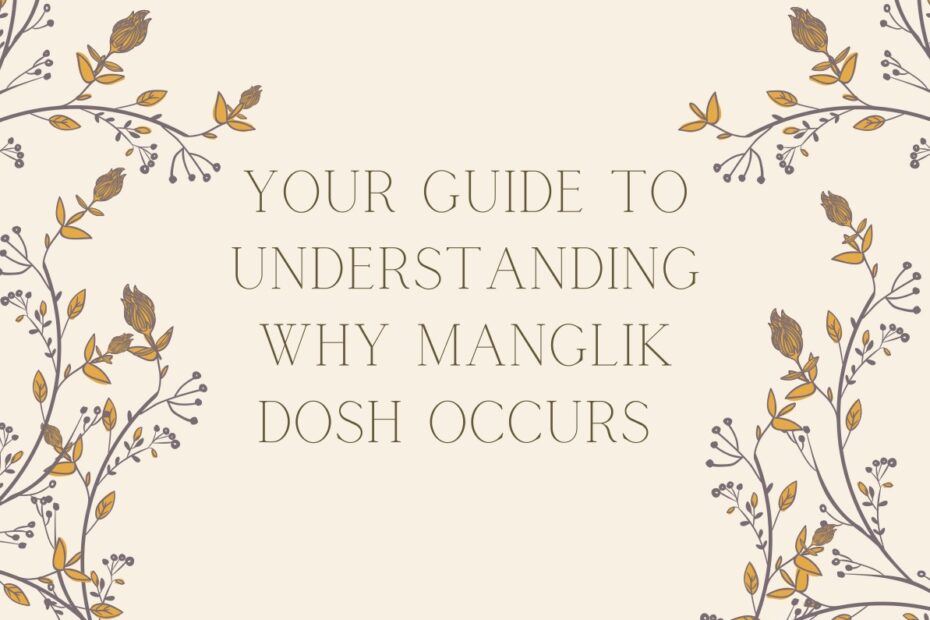 What is manglik dosh and how does it occur?

Manglik is one of the most dangerous doshas and when the dosha affects the life of
a married couple, it results in a lot of familial tension, unhappiness, separation and
a lot of rifts and tensions among the members of the family as well as between the
married couple. Apart from that, it also disrupts the harmony of the house and
causes a lot of fights to arise in the household.

How does this dosha occur or form?

This dosha is formed when the planet Mars is positioned in the first house, second
house, fourth house, seventh house, eighth house, and the twelfth house of the
janam kundali of the individual, and the individual is called manglik. Now, the
dosha is called manglik dosha because Mars is known as Mangal. The planet Mars
is known to be an aggressive planet and is also believed to be high on energy, ego,
pride, and self-respect which is not healthy in a relationship. Though, the only
loophole for a manglik is that if the Manglik is born on a Tuesday, the effects of
manglik dosha are nullified or zero. The effects of the manglik dosha are also nullified
when a manglik is gets married to another manglik.
The effects of manglik dosha on an individual’s life.
A Manglik born into a family is considered to be inauspicious as it is believed that
this individual will bring a lot of unnecessary trouble into the house and disrupt the harmony of the family. The individual will experience a lot of problems in his/her
life and will be plagued with troubles. Moreover, a manglik will also face a lot of
hurdles in his/her personal and professional life. Mangliks are also known to be
extremely hard to get along with and are known to have major ego issues and a lot
of pride which does not work in their favor in the long run. They will shift through
relationships because they are very argumentative, hot-headed, short-tempered,
stubborn, and will pick fights on the smallest of things. On the professional the
front, it will be a similar case as they will be shuffling through different jobs and
never sticking to one. A Manglik also grows through a lot of financial problems
and hurdles which does cause a lot of problems within the family of the individual.
The remedies to reduce the impact of Manglik dosha.
One of the well-known remedies when it comes to manglik dosha is to fast on
Tuesdays in order to lessen the effects of the dosha. The individuals who are under
the Manglik dosha or even the partners as well as the individuals who are married
to each other can maintain fasts on Tuesdays. Another common remedy is that the
Manglik individuals marry another manglik individual which in order will nullify
the effects of Manglik dosha. A Manglik is also strongly suggested to wear
jeweler that has coral embedded in it, mostly the metal should be made either of
copper or even silver.