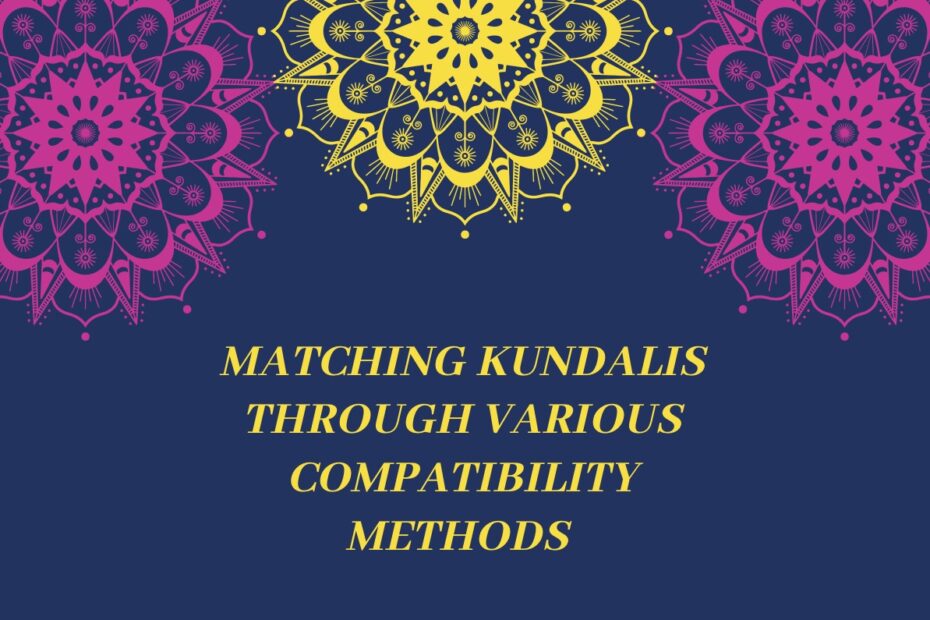 Kundli matching or Kundli Milan is an old tradition wherein two natal charts, that of the
would-be bride and the groom are compared and contrasted to figure out how compatible or
incompatible the couple is. In Vedic astrology, this tradition has carried on for thousands of
years and even in 2021, Indian families still believe in consulting an astrologer before the
wedding takes place to predict how happy the couple will be. In western astrology, this
practice of comparing birth charts is known as synastry and the birth charts of two people is
merged into a singular synastry chart to gauge how the people will react to and act in each
other’s presence.

To be accurate, more than just the sun signs of the people involved need to be taken into
account. Aspects become of utmost importance when doing a Kundli matching. For
example, moon aspects to venus and venus aspects to mars and pluto are generally
considered to be more important than comparing the sun signs. Also, Saturn is one of the
most important planets while determining how committed and faithful a person would be. If
Saturn is placed in a sign or in a house where it is not comfortable, it will act out its malefic
qualities and overpower the other positive aspects the chart or charts may have.

There are different ways to check astrological compatibility between two people. Some of the
most commonly used are:

Ashta Koota Milan: In this particular form of synastry, the moon sign or the rashi becomes
very important. There are a total of 36 aspects or Gunas that need to match between the
bride and the groom. The marriage is considered auspicious if more than 18 out of these 36
gunas match. However, the relationship is usually considered to be difficult if less than 18
gunas match. The different categories under which Ashta Koota Milan is calculated are
Varna, Vashya, Tara, Yoni, Gana, Rashi, Nadi, Rashi Adhipati. This system of measurement
is found predominantly in the northern part of India whereas Bees Koota system is found in
the southern parts.

Beeskootha
The name loosely translates to 20 parameters of calculation as opposed to the 8 parameters
in the Ashta Koota procedure. This process is a South Indian process and used in finding out
marriage compatibility based on vargas. Some examples of the vargas are aaye varga and
vedh varga. Aaye varga is used to determine the collective income of the couple’s household
after marriage whereas vedh varga is one of the 20 kootas which has its base in the
madhviyam granth. There are three types of vedh in South Indian astrology- Tiyarg, Samukh
and Paraspar vedhs. There are also different types of charts based on the type of
personality trait or prediction we are trying to decipher, the navamsa chart for example
indicates marriage compatibility.

Stree Deergha Koota or Porutham
This placement is indicated when the boy’s birth star is 13 stars away from the girl’s birth
star. It is a major indicator of accumulating wealth after marriage through shared efforts and
motivations. Technically the groom’s birth star should fall between the 13th or the 27th birth
star as anything below that will automatically disqualify the match under StreeDeergha
koota. However, some astrologers hold the belief that this placement should not be taken too
seriously as there is major debate in the astrological world if the groom’s birth star being 7 or
9 stars away from the bride’s is sufficient.

Raju Koota
Raju or rajju koota can be further divided into five more chords according to the division of
our body parts. They are- siro, neck, nabi, ooru, foot. The birth star of the bride and the
groom and their respective sign lords should be different in order to have a successful
marriage according to raju koota. These five chords signify certain circumstances and
happenstances in marriage, for example, in siro rajju, the girl’s husband is likely to die.