All About Kundali Matching By Nakshatra 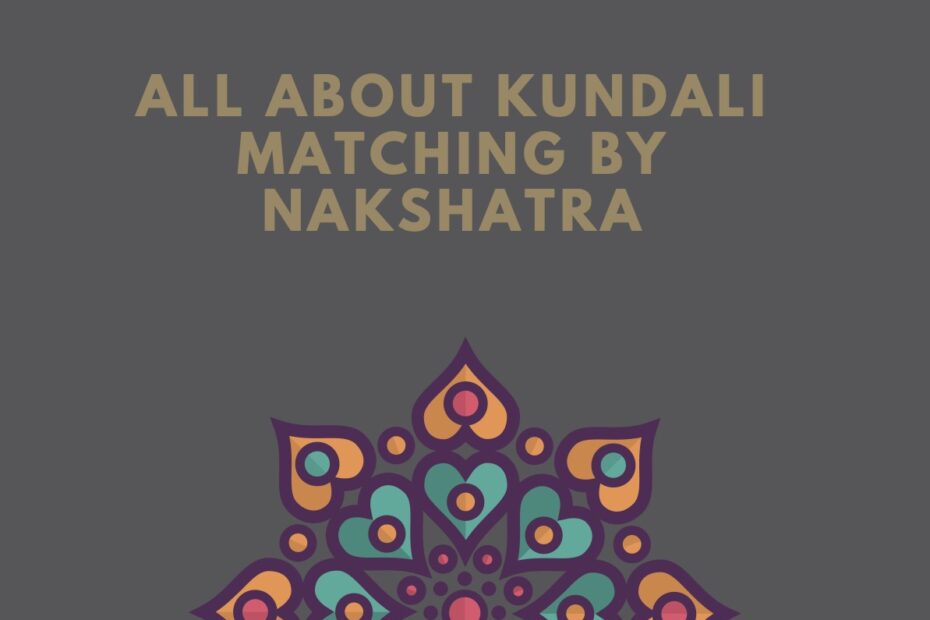 What are the ways to match birth charts?

To determine the compatibility between the prospective groom and bride
for a happy married life, a detailed reading of the birth chart is performed
which is called Kundali matching or Horoscope matching. But, as we
know there are various methods to find the compatibility between the
couple such as Kundali matching by birth date, time, and place or
matching kundali by name only or by zodiac signs and nakshatra. Hence
there are 3 different well-known methods of matching birth charts of the
couple, but most often the results of the reading are the same.

The benefit of the 3 different methods is that if one is lacking in any of
the required information in performing a match through one method, the
other method can be used to determine the possibility of the marriage.

According to astrology, determining compatibility is performed in 2 ways,
one by zodiac or planet compatibility and second nakshatra
compatibility. Based on these 2 methods, the decision for marriage can
be made considering important aspects of happiness, luck, mental and
physical compatibility, health, financial prospects, longevity, and progeny
match between girl and boy.

What is the part that birth signs play in the Kundali Matching?

While matching Guna of the prospective couple, a total of four koot i.e
Varna, Vashya, Maitri, and Bhakoot are calculated. Then each Koot’s
compatibility can be understood individually.

 Each birth sign has a character or Varna which are categorized
into 4 parts which are Kshatriya, Brahmin, Shudra, and Vaishya.
Determining this koot provides you mental compatibility and a
sense of significance in the relation between the two signs.
Suppose, the varna of women is Kshatriya and the man is shudra,
then there will be issues in varna koot regarding marriage.

 Each birth has a vashya koot which is divided into 5 parts like
chatuspad, jalchar,vanchar,manav, and keet. From this koot, the
dominance and controlling nature are calculated. For example, if
the man is from vanchar (forest creature) and the woman is from
manav (human) vasya, then the difference in nature is bound to be
creating conflict in the relationship.

 The friendship compatibility can be determined in the relationship
as per the planetary position of ruling planets of birth signs. Just
like the unfriendliness among the Saturn of Capricorn and Sun of
Leo, can cause defects in Maitri koot.

 At what position is one birth sign from another birth sign decides
the daily behavior in the relationship. For example, Pisces is at the

12 th place, counting from Aries and counting from Pisces, Aries
comes at the 2 nd place. Hence, 12-2 or 2-12 is known as shadastak
yoga, which is unauspicious.

How we match the Kundali by Nakshatras?

As per the Nakshatra of the girl and boy, the rest of the 4 koot Nadi,
Yoni, Gana, and Tara is determined. These Gunas helps in finding,
compatibility between two signs is calculated.

 The 9 Taras are the categorization of 27 Nakshatras, the 1 st Tara is
the Nakshatra in which the person is born. The 9 Taras or stars
are called Param Mitra, Sampat, Janma, kshem,
vipat,sadhak,pratyari,mitra and vadh. The concord of sensibility
and fate or destiny is decided by Tara koot.

 Every Nakshatra consists of a certain yoni, the animal sign is used to
indicate the yoni koot. It determines the mental compatibility, love,
and physical compatibility of the match. These are divided into 14
types which are, Gau, Ashwa, Gaja, Mahish, Mesha, Vyaghra,
Sarpa, Shwaan, Mrig, Mooshak, Marjar, Nakula, Vanar, and Singh.
If there is enmity present in matching the yoni koot, it causes
defects in the relationship
 Every Nakshatra consists of a Gana, which is divided into 3,
Manushya, Devta, and Rakshas. This explains the mutual love and
connection. The Gana Guna is calculated by understanding which
category matches each other, just as the rakshas Gana doesn’t
match to Manav Gana and causes the problem in marriage.
 Every Nakshatra has a different Nadi, which categorizes into 3,
Madhya, Aadya, and Antya. This determines the child’s health, concord in physical relationship and age. For instance, science disallows the match of people of similar blood groups as it may
cause health problems to the child. In the same manner same
Nadi also causes issues in a child’s life. Hence such marriage is
not recommended.