Know what a Janma Kundali matching for marriage is! 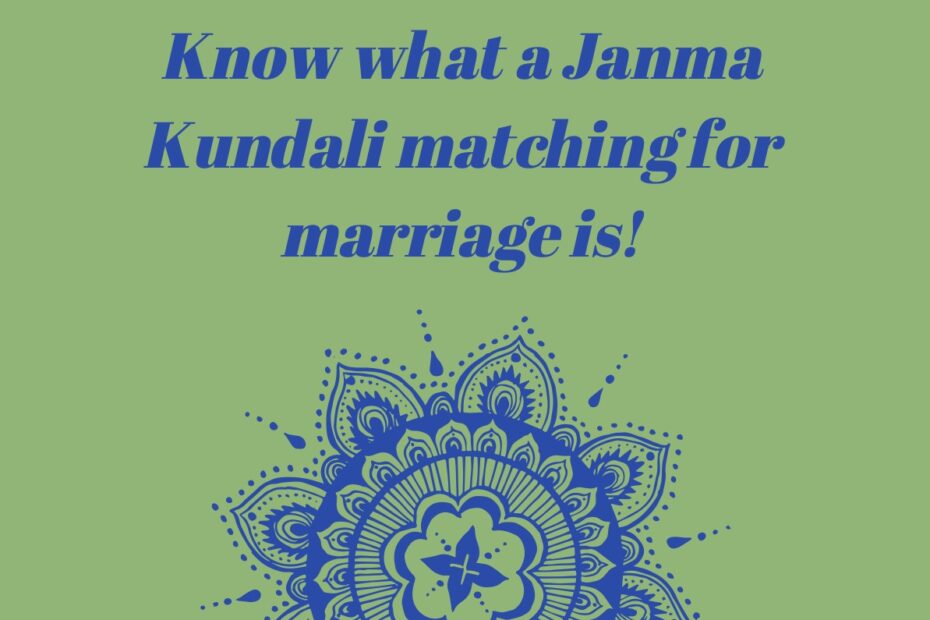 What is Janma Kundali Matching for Marriage?

Kundali Milan gives a holistic view of the couple’s match as two individuals that can have consequences that involve physical attraction, health, financial status, prospects of childbirth, dominant partner, etc.

What do you do in Janma Kundali Matching for Marriage?

In Janma Kundali Matching for Marriage, the very first step is the Guna Milan. Guna Milan is often rendered synonymous with Kundali Milan. It is not so. Guna Milan is a part of Kundali Milan and is based on the Ashtakoota method. Ashta means eight and kootas can be roughly translated as categories. In Guna Milan, there are eight gunas whose score is calculated out of 36 based on the matching of the prospective groom and bride’s horoscopes.

Who is a Manglik Person?

The term “Manglik” is very famous. Manglik is a person who bears Mangal Dosha in his or her horoscope. Mangal in English means the planet Mars. Mars is the planet of war and has a violent connotation in the Vedic way of seeing things. It is formed in a native’s horoscope through a combination of Mars (Mangal) is placed in the 2nd, 4th, 7th, 8th, or 12th house in the Ascendant.

Hence, a person bearing this Mangal Dosha comes to know as being Manglik. Due to Mars’ violent nature, Mangal Dosha can add violent conflicts in a marriage, misunderstandings, reactions, legal separations, early death of a spouse, domestic quarrels, miscommunication, accidents, etc. That is why it is suggested to go through a certain set of remedies to mitigate the effects of Mangal Dosha in Janma Kundali Matching for marriage.

Although to Manglik people are considered suitable to marry each other as they cancel out the Mangal Dosha of one another. Above were some of the following reasons why Janma Kundali matching for marriage is important and that is why our parents put too much emphasis on it, even if they do not the reason and science behind its making and crafting.